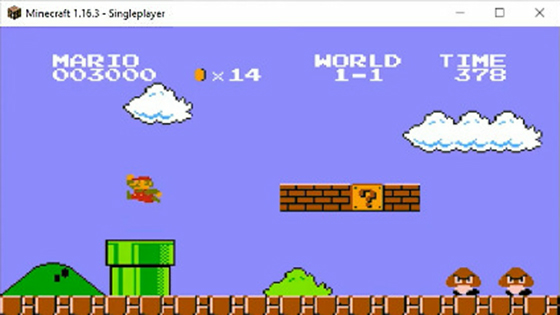 Minecraft can add features that were originally impossible by adding user-developed MODs. However, an engineer unveiled a system that reproduced the family computer emulation in Minecraft without using such a MOD and attracted attention.

In Minecraft, I made software that emulates NES (Nintendo Entertainment System) games without using MOD. You can also check the scenes of playing Super Mario Bros. or Rockman through the video. In addition, the game frame rate emulated in Minecraft depends on the performance of the GPU, and the games in the video are in the same state, frame by frame. It seems that you need a high-performance graphics card to enjoy the game smoothly. According to the developer, if the performance is about RTX3080, the game can run smoothly.