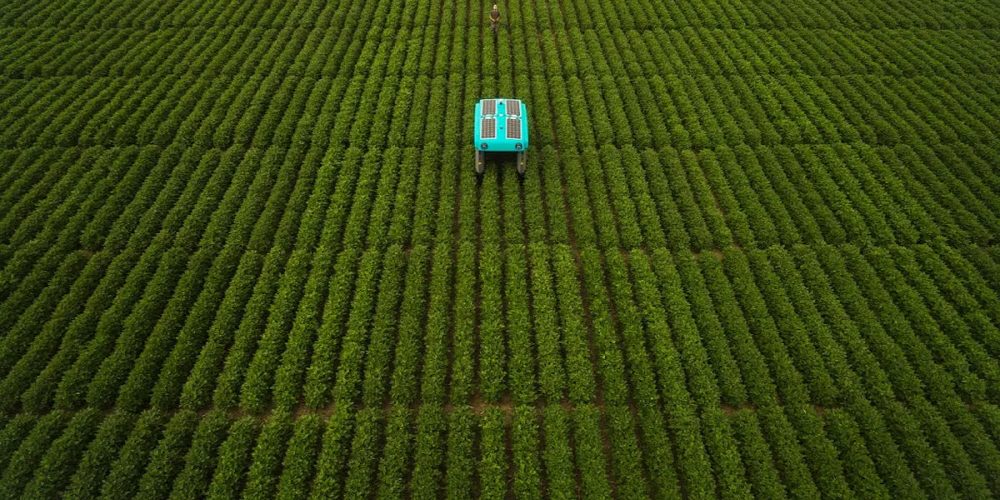 Google X is a secret research institute under Google that has been releasing ambitious projects such as Waymo, which develops autonomous driving technology. Google X is now a company affiliated with Alphabet, the parent company of Google, and its name has changed to X. This X is promoting a project called Mineral using agricultural robots.

Elliott Grant, who is the leader of the mineral project, says the mineral is a project that focuses on large-scale sustainable food production and agriculture by developing and testing various software and hardware prototypes using artificial intelligence, simulations, sensors, and robots.

In order to feed the growing global population with minerals, global agriculture needs to respond more enthusiastically than 10,000 years to the next 50 years to the situation that reduces crop productivity such as climate change. The importance of a project to improve agricultural productivity It also mentions.

Minerals starts with knowing the challenges facing farmers around the world. Initial surveys ranged from Argentine soybean farmers to New Zealand kiwi production. The survey found that in the face of climate change, there was a need to quickly gather more information about biodiversity-rich plants in order to find more productive varieties that are resilient. Farmers around the world have to make hundreds of decisions every season, but some say that it is difficult to properly respond to the challenges they face with existing tools alone. Existing tools include various sensors, spreadsheets, and digital tools such as GPS. Even using this, it is not possible to sufficiently analyze agricultural complexity.

For this reason, Minerals has been building new software and hardware to organize too complex, useless, or various sources of information so far. Grant expects that better tools will lead to changing the way agriculture grows food, just as microscopy for mineral activity has changed the way disease detection and management is done. In recent years, the minerals team said they are developing agricultural tools that compute information collection and analysis using a variety of hardware and software, with people such as farmers and herders, agriculture and scientists.

The first tool minerals developed was called plant buggy. The plant buggy is equipped with cameras and sensors, so it can collect information for investigating and analyzing crops, soil, and other environmental factors. The project team is building a model that predicts how plants will grow by combining the data collected from the plant buggy with satellite images and meteorological data, adding machine learning and other AI training methods. The project team is already using plant buggy prototypes to study Illinois soybeans and California berries.

The plant buggy took high-quality pictures of plants and fruits in a California strawberry field or an Illinois soybean field. The plant buggy analyzed not only strawberries and beans, but also taking various pictures such as melon, lettuce, and barley, as well as classifying varieties and measuring the number.

According to Grant, minerals will work with farmers and experts to devise practical and practically beneficial solutions. He said the ultimate goal of minerals would be if all plants could be monitored and the nutrients they needed were accurately provided. Related information can be found here .