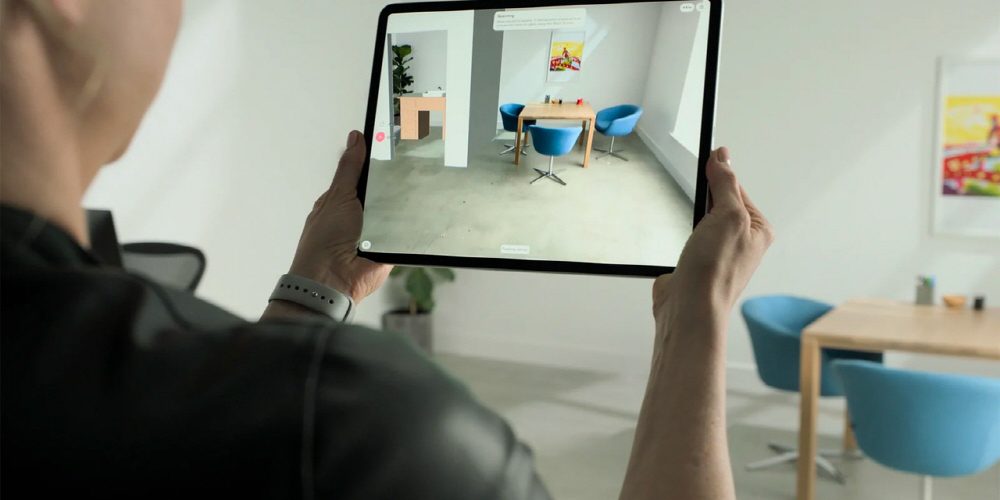 LiDAR and new possibilities on mobile

The history of LiDAR (Light Detection And Ranging) goes back far beyond self-driving vehicles. Originally, the purpose of the 1960s was to pursue satellites and military targets. Based on this technology, in modern times, light is used to pursue goals.

Light To be precise, the position of the obstacle can be determined by measuring the time the laser light hits and returns to the obstacle. This basic principle is the same as the world’s first lidar or the iPad lidar. In the 1980s, LiDAR technology developed rapidly, and when infrared lasers were used, the measurement of terrain such as buildings and mountains from airplanes became frequent. This technique is still in use today and is used to measure everything, including the seabed and hidden Mayan settlements.

Not only the time the light comes back, but also the angle when it comes back, the Lida data can be combined with other data to create an accurate 3D map. Professional lidar systems are now more often equipped with GPS devices, which are natural for smartphones.

It’s also useful for autonomous vehicles. In-vehicle lidar scanners check in real time even objects that the driver cannot see. The 3D point map created based on the measurement data can form a point cloud, which detects obstacles to be avoided.

Depending on the sensors used in the lidar, it detects pollutants in the air and monitors the fever of airport passengers. Common to these uses is a balance between data collection and data analysis, which is also an important factor when used on tablets or smartphones.

The first place in the mobile device industry to take LiDAR was Apple. The depth sensor itself has been built into the iPhone and iPad for years. However, Lida levels up this sensor function at once. According to Apple, the built-in lidar sensor in the iPad Pro works at the level of a photon and can scan a 5m range in nanoseconds. Most of the data analysis is done by the A12Z Bionic chip.

The biggest difference caused by LiDAR is in the augmented reality field that Apple likes. For example, measurement applications that are preinstalled on iOS and iPadOS can be measured faster, more accurately and flexibly with the introduction of LiDAR. Thanks to this, it can be used as a more conscientious measuring tool without knowing where the width and height are.

In addition, by adding Lidar, it is possible to 3D the surrounding environment in detail, just like mapping the seabed and mountains for the first time on an Apple device. In other words, you can play Minecraft on the table and use it as a stage including the table, the floor, and around the cat.

In AR apps that can install virtual furniture in a room, it detects an object in reality and makes it look like there is furniture in that place.

The object placement is more accurate and the appearance becomes more realistic, and the object placed in the space where motion capture will bring more information is handled more accurately in any AR app. The enhancements made by LiDAR are automatically reflected in the Apple ARKit framework.

Currently, Ryda is limited to high-end models due to the data throughput required and the sensor size. But, like mobile technology, it can be inexpensive and practical, and as Apple continues to work, the range and accuracy it can capture will improve. However, it is unlikely that the smartphone lidar will be absolutely popularized. There are many depth detection technologies, and the technology to detect depth in general camera images with AI is getting more accurate. However, the lidar can operate quickly and accurately in any light location. That’s why Apple bets on Lida.

However, the type of lidar that is used by Apple’s latest iPad is significantly different from the technology used by high-end Android phones. In the end, the depth sensor used in Android phones is a ToF (Time of Flight) sensor. ToF measures the distance using reflected light like a lidar, and uses it for camera effects and AR. However, the ToF sensor can be said to be a scannerless lidar that maps the surrounding environment with a single pulse signal. The Apple LiDAR scanner, on the other hand, uses multiple lights to scan with higher frequency and accuracy.

Anyway, 13 years after the appearance of the iPhone, there is no surprise in the smartphone as it used to be. Nevertheless, Lida seems to prove that smartphones will become smarter and more versatile in the future.