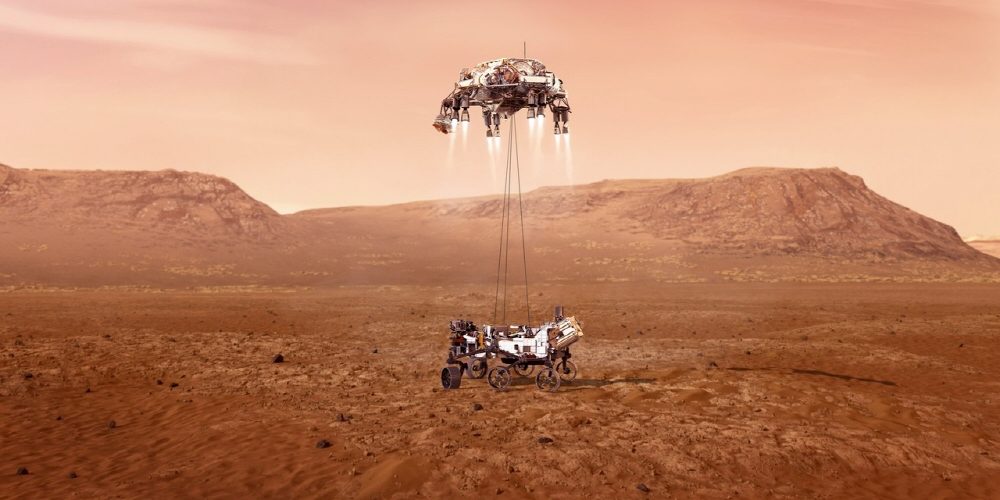 What will be heard on Mars

NASA is waiting for Curiosity and Perseverance, launched last year, to land on Mars in February. When Perseverance lands on Mars, you will be able to hear Mars.

It is February 18 that Perseverance lands in the crater with Mars formulations. The body is equipped with two microphones. One is on the frame near six wheels, and the other is mounted as part of the SuperCam, the face of the personality. The microphone to collect the sound of Mars is said to be ready-made, not customized. However, on the way from launch to Mars, it is said that they have finished testing to see if they can withstand landing.

According to the description, the microphone located in the frame will record the sound of landing from the invasion of Mars’ atmosphere. The Supercam mic records the everyday sounds of Mars, that is, the sounds that Perseverance hears on Mars.

What will you know when you can hear the sound of Mars? Mars and Earth, which are extremely high in carbon dioxide gas, are investigated to see if there is any difference in sound. If fireworks are displayed on Mars, it takes longer for the sound to reach your ears. Even if the neighbors turn on the EDM loud, the ringing is similar to the bass sound. Because high frequencies are difficult to pass through walls, Mars’ atmosphere is considered to be difficult to transmit sound as it acts like a wall.

In the case of Mars, sound is transmitted slowly in the air, so it is said that it may be the next morning when, for example, a voice shouting at a 9m facility reaches. Anyway, if the sound of Mars is released, it may be popular with the new ASMR sound. Related information can be found here .