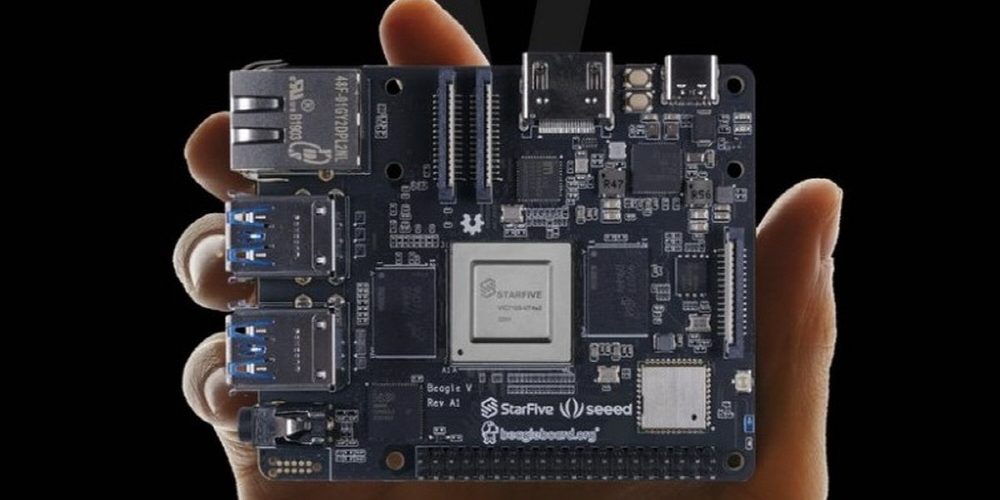 Computer board with RISC-V CPU and Linux support

Most computers these days adopt a closed structure such as x86 or ARM, but the open source instruction set RISC-V is drawing attention as the key to innovation in the processor industry. BeagleV is a $119 computer board with such a RISC-V and supporting Linux operation.

x86 and ARM occupy a large share of the processor architecture. However, in order to use it, you have to pay an expensive license fee, creating a new business entry barrier into the processor market. Since open source RISC-V can be used free of charge, it is expected to lower the barriers to processor development by other industries and research institutes and lead to inexpensive processor supply.

A computer board that has a CPU that adopts such RISC-V and supports Linux operation is the BeagleV. BeagleV is an open-source RISC-V computer that runs on Linux as well as instruction set as well as hardware design and software.

The BeagleV SoC, named StarFive JH7100, is equipped with a dual-core RISC-V processor (SiFive U74) with 2MB of L2 cache at 1.5GHz clock frequency. In addition, Star Five JH7100 is an SoC suitable for machine learning as it is equipped with an image recognition engine, Tensilica Vision P6 DSP, and an NVIDIA deep learning engine, NVDLA neural network engine.

Operating systems supported by this product include representative Linux distributions such as Fedora and Debian in FreeRTOS for embedded systems. This product is expected to be released soon, and hardware testing and system integration testing will be completed by the end of March 2021. Pilot version availability is scheduled for April and general user availability is scheduled for September. Related information can be found here .