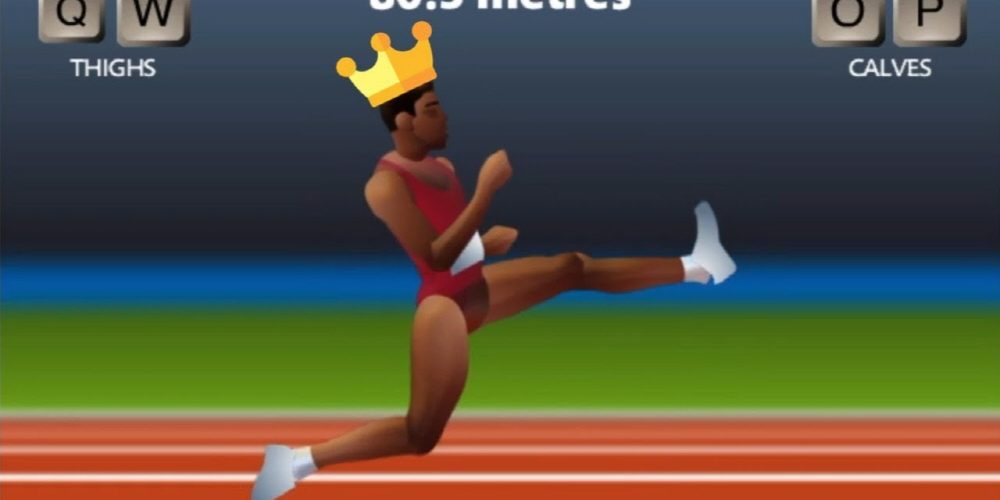 AI has surpassed humans again. The field that AI has challenged this time is QWOP, a game that runs runners. QWOP is to make runners run by pressing the Q·W·O·P keys on the keyboard in good timing. The AI developed by Wesley Liao was said to have finished 100m and outpaced the fastest human record.

This AI was largely developed in two stages. The first step was self-learning to run properly and was programmed to avoid movements such as not lowering the torso, restraining the vertical movement of the body, and not bending the knee. During the development process, we cooperated with QWOP gamers, and the algorithm trained 65 hours through ACER learning developed by DeepMind under Google. At this stage, the AI record is 1 minute and 8 seconds. The fastest human record was 48.34 seconds for reference.

The next step was to adopt a learning method to add speed and evaluate, and the algorithm was also changed to another DeepMind (Prioritized DDQN). The new AI reportedly took 47.34 seconds to break the fastest human record. Learning took 40 hours and prior training took about a few minutes. This AI has surpassed the human record, but unfortunately, the ranking site Speedrun.com is intended only for humans and does not upload the results of playing with software. Related information can be found here.