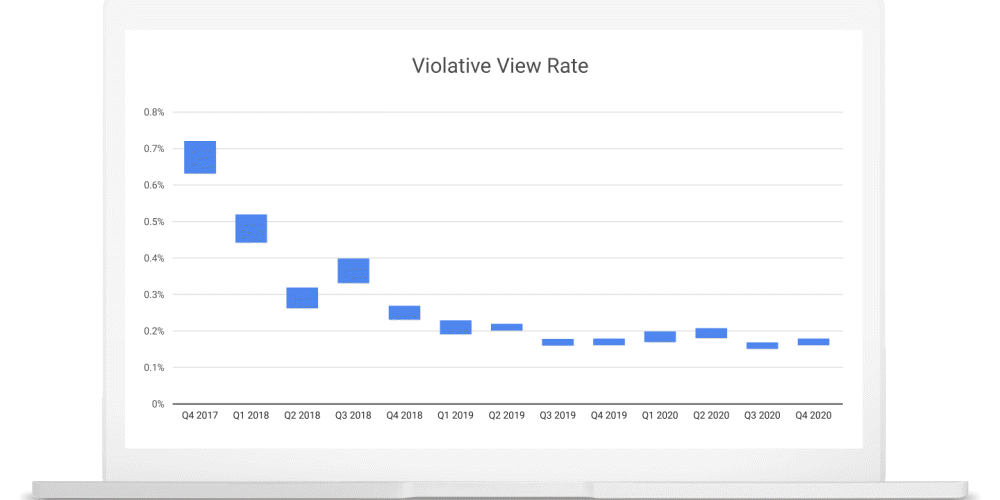 The VVR is released as part of the quarterly measured transparency report. VVR determines whether a content reviewer violates YouTube policies for samples taken from videos published on YouTube, and calculates by measuring the number of times each video is viewed. However, because the policy changes and whether or not the video is violated, the VVR changes somewhat depending on the season.

However, in the case of content that is not deleted according to the violation, such as videos that do not violate the community guidelines even though the YouTube advertisement guidelines are violated, VVR is not affected. Also, it is not considered that it is ambiguous whether or not a rule is violated. Therefore, VVR does not accurately reflect whether or not content that violates the policy is absolutely excluded from YouTube.

YouTube videos are viewed billions of times a day, so it is practically impossible to grasp the full picture. YouTube is the best way for VVR to understand the impact of harmful content on viewers and where to improve. YouTube said that YouTube will fulfill its responsibilities to protect users from videos that VVR is harmful to YouTube. Related information can be found here.