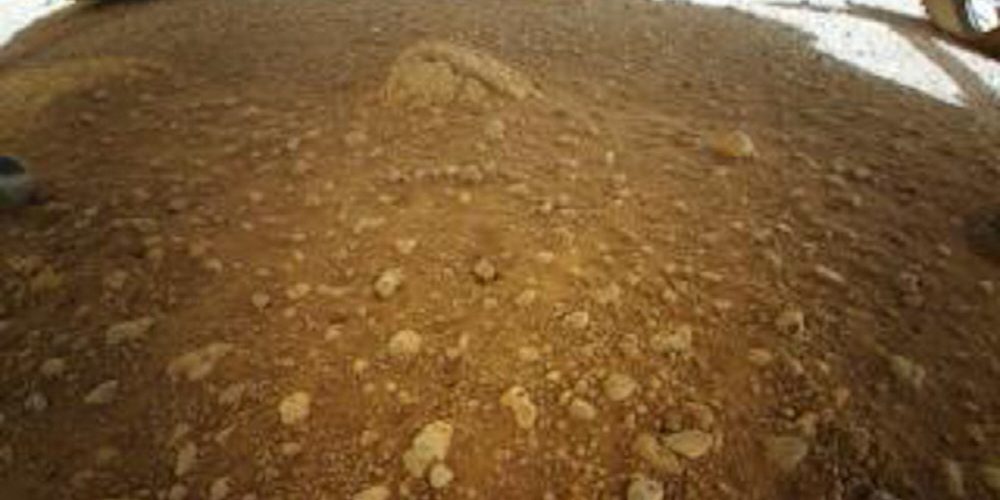 Ingenuity, the first small helicopter sent by mankind to another planet, sent the first picture taken shortly after it landed safely on the surface of Mars. On the Mars rover, Perseverance, the tires are visible at the top of the screen. This is because the filming location is just below the perspective.

Ingenuity arrived at Mars while storing it at the bottom of the Perservation and has been charging the battery so far. However, the deployment started on April 3rd, and the work is said to have taken all day. Ingenuity moved to a vertical position, extended its legs, and charged six batteries. It is said that Ingenuity withstood the impact and safely landed on the surface of Mars even in a test that floated about 10cm from the surface of Mars.

The Ingenuity is only 0.49cm in height, 0.2m in wing length, and only 1.8kg in weight. Ingenuity still has a step ahead to demonstrate its ability. The first trial was at night. Martian nights are harsh. The temperature drops to -90 degrees below zero. If the temperature drops to this point, there is a risk of freezing or damaging the electronic devices or batteries installed in Ingenuity. Therefore, it is necessary to properly manage the temperature using a heater with a thermal insulation function.

When it was attached to the bottom of the facility, the temperature was set to 7 degrees, so it was comfortable, but now when the power supply is cut off, it keeps warm by magnetic force. The temperature has been switched to -15 degrees Celsius to extend battery life, but Ingenuity is still enduring the cold Mars night. In addition, the six batteries installed in Ingenuity are charged with solar power. However, since Mars is farther from the Sun than Earth, the Sun’s power is half that of Earth.

NASA says it has confirmed that Ingenuity has provided the insulation, heaters and battery capacity needed to overcome the cold Martian nights. Ingenuity continues to prepare for the test flight. Continue to check the temperature control function and power system operation, and adjust for faults, etc. Then release the controls from the rotor and run the motor to test whether it turns properly. Then, it checks the equipped automatic navigation system, and if everything is normal, it proceeds to the flight stage.

As soon as Ingenuity is ready, the facility will move to a specific point (Van Zyl Overlook) and watch the flight. This branch is said to be named in memory of a researcher at the NASA Jet Promotion Research Institute (Jakob Van Zyl) who died suddenly one month after the release of Perseverance in August 2020. It is expected that Ingenuity will fly the Mars sky as early as April 11th, and the next day, the 12th, will transmit the data to Earth.

If you fly up to the Mars sky, you can grasp the surroundings from 3m in high-resolution color photos. It is mankind’s first attempt to manipulate a self-controlled flying object in outer space. Related information can be found here.