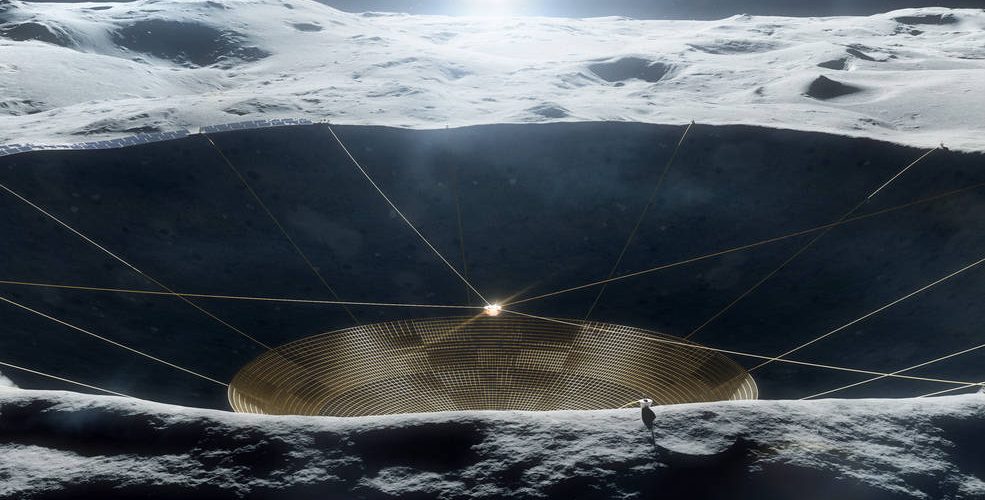 The purpose of this program is to expand the possibilities of space exploration by turning science fiction into a reality in the future. NIAC is a U.S. national project that recruits a wide range of innovative space development technologies from industry, academia, and private sector that are not bound by existing concepts. It is divided into several stages. First, only technology concepts that meet the rigorous screening criteria within the NIAC are accepted for stage 1 research. Adopted researchers will be awarded $125,000 in funding to see how feasible the technology is for nine months.

If the feasibility study is successful in the first stage, you can apply for the second and third stages after that, and if accepted, you can continue to receive funds.

The new phase II and III research announced on April 9 (local time) has objectives and methods, such as a probe to observe neutrinos from space, a novel interstellar spacecraft in the shape of a yacht, and a radio observatory like the Death Star built on the far side of the moon. this is diverse It’s a great project that will take at least 10 years to come true, but it’s not yet officially recognized as a NASA mission.

This time, the only thing that went up to Stage III is a neutrino spacecraft. A research team led by Professor Nickolas Solomey of Wichita State University is envisioning a completely new exploration concept that can detect neutrinos in space. It will be developed over the next two years with a $2 million funding support.

Neutrinos are tools for looking inside stars. If neutrinos can be observed in space, it is expected that new research results on the structure of the sun and wider galaxies will be derived. Neutrino space probes may be able to detect neutrinos emanating from stars at the center of the galaxy by observing the Sun at close range or in a different direction. Phase III is to complete the neutrino space probe tester during the period. I’m looking forward to actually loading it on CubeSat and testing it.

In addition, six research phases have been promoted to Phase II and receive $500,000 in funding. One of these is a spacecraft slowing device proposed by Kerry Nock of Global Aerospace Corporation in California, USA.

In addition, a flying origami-like Venus probe being developed by Jeffrey Balcerski of the Ohio Aerospace Institute (OAI) has also been upgraded to Phase II. If such a probe could be sent to Venus to actually observe the atmosphere, even more surprising discoveries could be made.

In addition, the lunar crater radio telescope proposed by a roboticist at NASA’s Jet Propulsion Laboratory (Saptarshi Bandyopadhay) has also been promoted to Stage II. The mini rovers placed at regular intervals on the edge of the crater on the back of the moon are the largest radio telescopes in the solar system with a diameter of 1 km and have a radio reception network wrapped in a spider’s web. In the future, more sophisticated radio telescope performance and mission approaches are required.

A space yacht equipped with CubeSat proposed by UCLA researcher (Artur Davoyan) has also entered Phase II. It is assumed that CubeSat itself is ultra-small and light, and the solar sail itself, which will be the propulsion of the yacht, is made of a thin metal film that reflects light like a mirror and is light, so it can travel through space 20 times faster than Voyager 1. Therefore, it is thought that it can travel 60 times the distance between the Earth and the Sun in one year, and it is said that the journey to Jupiter, which took five years until now, takes only five months.

The task in the future is how to realize ultra-lightweight and develop a material that can withstand extreme temperatures to continue sailing. If realized, it could dramatically change the landscape of interstellar space exploration beyond solar system exploration.

One of the most eye-catching among those adopted in Phase II is the technology concept proposed by Lynn Rothschild, a researcher at NASA’s Ames Research Center. To study the structure created by cultivating mushrooms in order to one day build a living space in space. In addition to the mycelium manufacturing, imitation, and durability test research that we have done so far, we are repeating tests for more diverse types of fungi, growing environments, and pore sizes in the future, and nurturing prototypes in environments that mimic the moon and Mars. In this study, we are also examining biodegradable tableware and simple and low-cost structures, putting our application in the field of view on Earth. If this becomes a reality, we may one day live in a building made from growing fungi on Mars and the Moon.

Finally, an asteroid exploration system by Trans Astronautica Corporation and Peter Gural. The proposal says any of the three spacecraft launched into space will be equipped with hundreds of telescopes and image processing systems. This will allow the discovery of asteroids 400 times faster than currently used asteroid exploration systems. In stage II, it is said that the technology of filtering image data is the key.

Of course, not all of the research adopted this time by NIAC will come true. Even if it does, it is not known whether the budget will be officially allocated to NASA missions in the future. Related information can be found here.