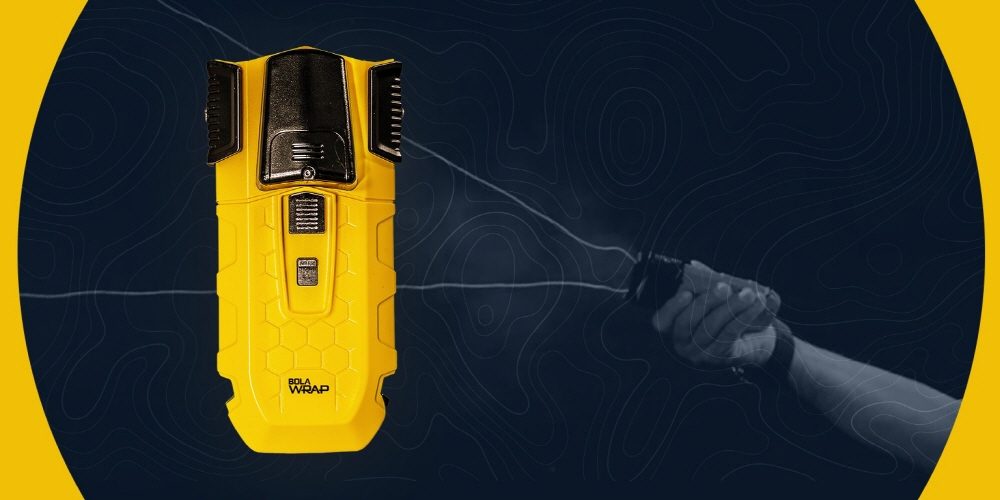 State-of-the-art aura cord being supplied to US police

To reduce the death toll through force, police across the United States are investing in high-tech equipment, such as electrocuting them with tasers to subdue suspects without gunshot wounds.

BolaWrap, a remote restraint device, uses gunpowder power to shoot a 2.5m Kevlar cord and binds the criminal from escaping. They are also called remote handcuffs because they are known to be usable at a distance of 3 to 8 meters. Can be used on non-submissive suspects.

Bola Lab was developed by Wrap Technologies, a safety technology company, and is a tool for calming suspects so that they do not exercise their skills. It is being marketed as a way for police to detain people who exhibit problems such as mental health problems, cognitive impairment and suicidal thoughts. Lab CEO Tom Smith is committed to using technology to safely end conflicts so that police can return home safely and suspects can return home safely.

The Seattle Police Department has begun pilot operations, and Seattle City Council is evaluating the product as a life-saving measure. It has the potential to help alleviate the situation and reduce disastrous consequences. While the pilot program started operating, a video using Bola Lab at the time of the incident in Mount Lake Terrace, Washington, near Seattle was also released.

The video shows the arrest of a suspect in a mental crisis using Bola Lab so that the police can protect them without injuring them. From start to finish, the rope was fired at the man’s ankle, and as soon as he fell head-on, the police pressed his back.

Lab Technology claims that 230 police agencies representing 46 states across the United States are currently carrying Bola Lab. Late last year, the company announced a large number of new orders from US law enforcement agencies, including Ohio, Indiana, Texas and Michigan, and the Los Angeles Police Department recently extended the BolaLab pilot program for another year with a new mitigation tool to help keep police and communities safe. An extension was also announced. Related information can be found here.