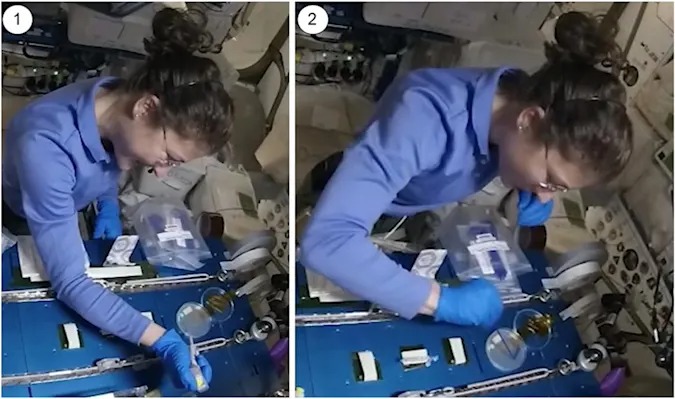 This experiment observed a more detailed DNA mechanism under microgravity, which cannot be obtained by non-specific damage such as radiation that causes particularly harmful DNA damage called double-strand breaks in yeast cell DNA cultured on the International Space Station (ISS). Christina Nok returned to the ground in February 2020 and had previously completed the experiment, but the results were only recently released.

Living for a long time in a place with little or no gravity can change life activities in a variety of situations. In outer space where there is no protection by geomagnetism, astronauts are always exposed to cosmic rays, and the effect of DNA is unavoidable.

Therefore, if sufficient knowledge is accumulated by using this experiment as a stepping stone for more experimental research related to DNA recovery in outer space, manned Mars exploration and manned exploration into deeper space may become realistic in the future.

This study is the first successful genome editing by CRISPR KES9 in space. It is also the first example of successful transformation of living cells to capture genetic material from the outside. In future research, if the complex DNA damage caused by ionizing radiation is well imitated and further research is carried out, CRISPR KES9 may play an important role in moving mankind to Mars. Related information can be found here.