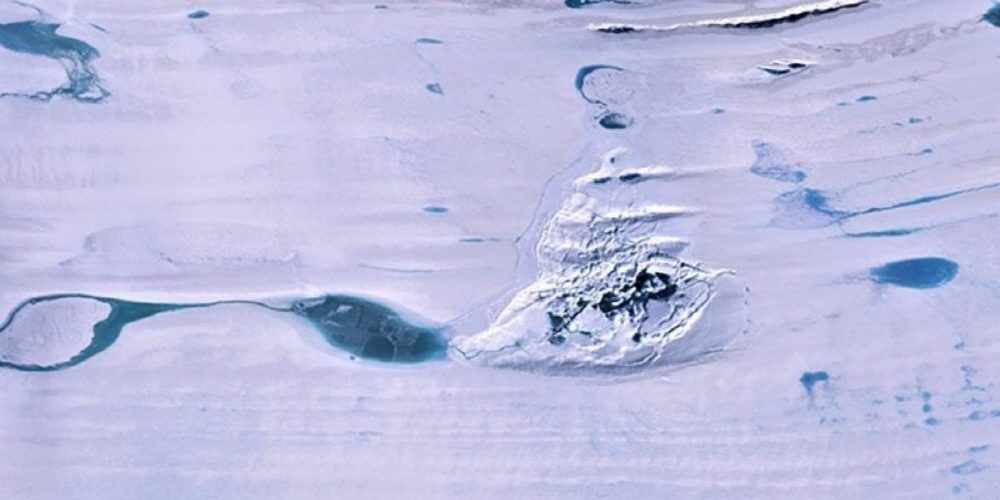 Located to the east of Antarctica, the Amelie Ice Shelf is the third largest ice sheet in Antarctica. In the winter of 2019, a huge lake within the Amelie Ice Shelf quickly drained 750 billion liters of water, making the lake disappear. Scientists learned of this disappearance in the summer of the following year from local satellite images.

The Australian Antarctic Program Partnership, a team of researchers from the University of Tasmania (Australian Antarctic Program Partnership), who realized a large-scale lake spill from satellite images, said that a large temporary crack in the floating ice shelf appeared to have leaked from the lake itself into the sea within three days, the lake is more watery than Sydney Harbor. It is said that it must have been a majestic sight as it appeared to have flowed down like Niagara Falls into the sea just below it.

According to a paper published by the research team, it may have been caused by water that suddenly melted from the lake’s runoff shelf ice. The molten water held beneath the ice-covered deep lake squeezed the ice shelf, causing cracks and hydraulic fracturing, causing the lake to flow into the sea. The lake water has disappeared after the ice sheet 11km 2 left a huge form had melted water caused a small ice shelves collapsed and the lake drained in the Antarctic throughout. However, considering that the Amelie Ice Shelf is about 1,400 m thick, it is quite unusual.

These lake losses could be a bit more complicated than just climate change. However, Antarctic surface melting is a useful case study of its effect on ice layer stability. The Antarctic ice shelf faces a threat of warm seawater coming from under the ice in West Antarctica. Antarctic ice loss affects coastlines around the world as it causes sea level rise.

The researchers say the sudden event is apparently in terms of decades of molten water that has accumulated under the covering ice caps, but the increasing amount of molten water flowing into deep icy lakes causing hydraulic fracturing of thick layers of ice also hints at the future of Antarctica. It is a factor that needs to be taken into account in the evaluation. Related information can be found here.