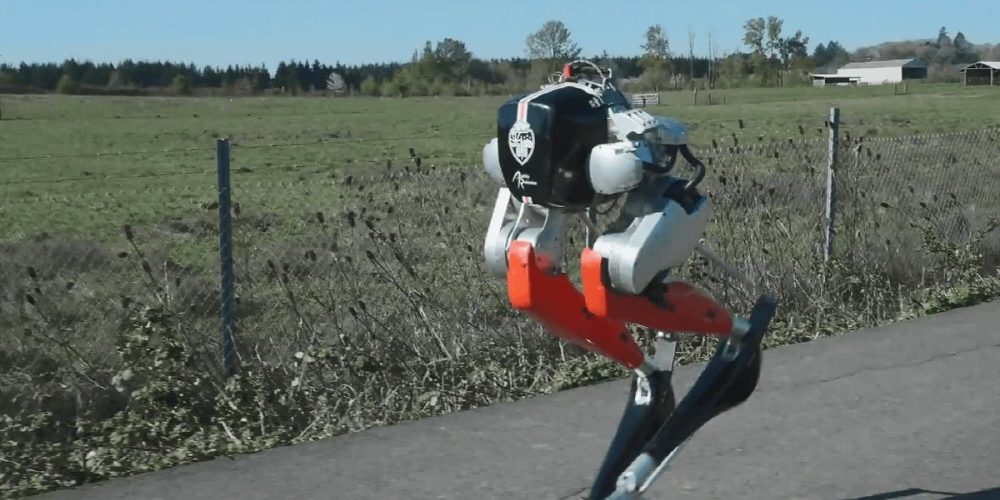 Cassie, a bipedal robot that moves the knee joint in the opposite direction to that of a human and runs like an ostrich, was developed by Agility Robotics, which started at Oregon State University in the United States. Although it is easy for a biped robot to pass through a place designed for humans, it is a difficult task to balance, but the research team said that as a result of deep learning the cache, it set a record of running a whopping 5km distance in 53 minutes.

Cash was developed by Oregon State University robotics professor and agility robotics CTO Jonathan Hirst with a $1 million grant from DARPA, the U.S. Defense Advanced Research Projects Agency. Even after the cache was announced in 2017, a research team, including students from Oregon State University, has been looking for ways to improve cache performance through machine learning.

According to the development team, a student at Oregon State University’s School of Engineering at Dynamic Robotics has brought biomechanical expertise and traditional robot control methods, along with new machine learning tools, to enable this comprehensive approach to achieve animal-like levels of performance. Using deep learning, the team succeeded in teaching caches how to maintain an important dynamic balance to stay upright during execution.

While running, Cathy collapsed twice due to overheating of the computer and operation mistake, and stopped driving after about 6 minutes and 30 seconds, but succeeded in running 5 km in 53 minutes and 3 seconds with a single battery charge. The development team anticipates that someday walking robots will become common, claiming it will have the same impact as cars. In the not-too-distant future, everyone will see or interact with robots that work alongside humanity and improve the quality of life in every corner of our lives.

In addition to Cash, Agility Robotics is developing Digit, a bipedal robot that carries luggage in partnership with automobile maker Ford. Digit was the first commercial product of Agility Robotics, launched in 2020 and sold two units. Related information can be found here.