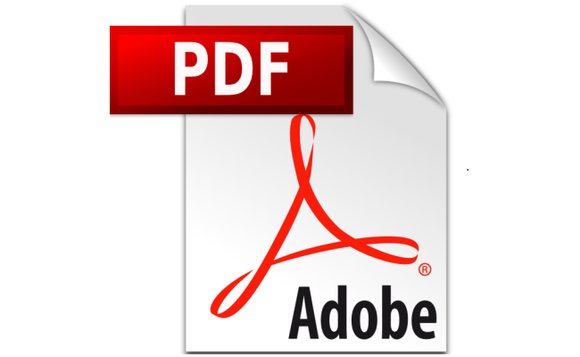 Why PDF has become so popular around the world

PDF (Portable Document Format) is one of the document formats essential for processing document files. Why did this PDF become so widely used all over the world?

PDF is a file format developed by software company Adobe. According to Adobe, 303 billion PDF files are opened using Adobe Document Cloud in 2020 alone, and there are 2.5 trillion PDF files worldwide. Moreover, there are always opponents in the software field, such as Microsoft Office losing its share to Google Docs, but there is no opponent in PDF.

The history of PDF goes back to 1982, when programmers and scientific researchers John Warnock and Charles M. Geschke founded Adobe. After the founding of Adobe, they released PostScript, a page description language, and image processing software called Illustrator and Photoshop, thereby rapidly growing Adobe.

When Adobe was founded, there were problems such as document files created in MS-DOS could not be read properly on Mac. Recognizing this problem, John Warnock became interested in digital and analog connections by PostScript and published Camelot, a PDF-based project in the early 1990s. Warnock’s draft Camelot is available as a PDF file.

Adobe officially released PDF in 1992. However, PDF was bulkier than plain text format, so it took time to send and receive on slow lines at the time, and sales of PDF document creation tools and PDF readers did not increase. In the 1990s, in addition to PDF, document formats such as DjVu and Envoy were being developed, so the Adobe Board of Directors at the time was planning to complete the PDF-related business as soon as possible.

However, the flow changed when Adobe released the PDF file specification in 1993 and released Adobe Acrobat Reader, a PDF reader, for free in 1994. With these two decisions, PDF became popular, and Adobe’s PDF creation tool benefited.

In the mid-1990s, as the US Internal Revenue Service (IRS) adopted PDF, other government agencies, corporations, and medical institutions began to adopt PDF. In addition, the mainstreaming of the web and improvement of line speed acted favorably for the spread of PDF.

In 2008, PDF 1.7 was standardized by the International Organization for Standardization (ISO). In the meantime, PDF readers and PDF creation software developed by companies other than Adobe have appeared, and PDF has been established as a document format standard by installing standard PDF reader functions in web browsers.

Adobe Document Cloud Engineering Lead David Parmenter said many people think that Adobe makes the most of PDF files, but this is a misconception. said he didn’t have it. PDF is expanding not by the power of Adobe, but by the power of millions of people around the world.

A recent PDF assignment is smartphone adaptation. In 2020, Adobe also announced Liquid Mode, a feature that automatically adjusts PDFs to make them easier to read on smartphones. But the advantage of PDF lies in compatibility, not new technology. Most PDF files created 30 years ago can be opened with no problems even with modern PDF readers. For this reason, it can be said that PDF has the same strengths as stored documents in analog.

PDF is permeating our lives and isn’t a standout technology like video calling. People are conscious of PDF existence only when it doesn’t work properly, but fortunately, this situation is rare. Related information can be found here.