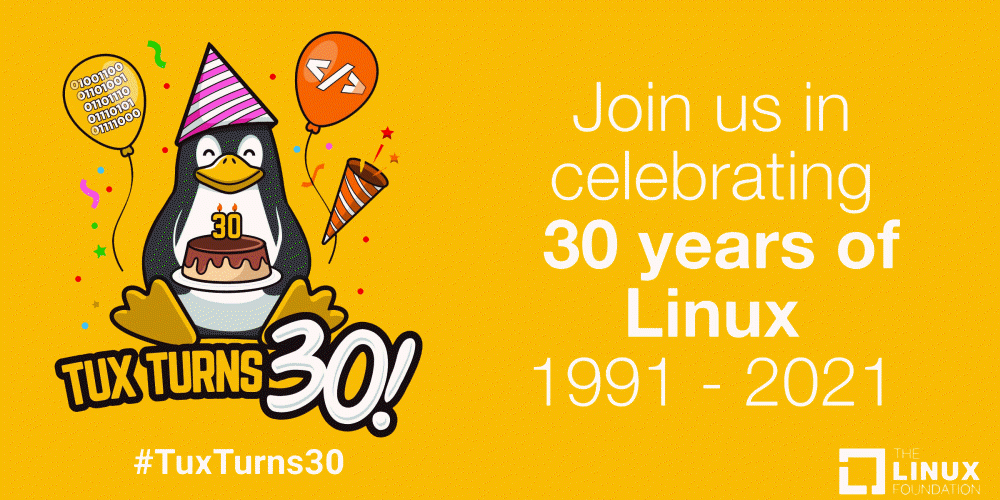 On August 25, 1991, Linus Torvalds, then a student at the University of Helsinki, released Linux, an OS kernel developed by himself. On August 25th, Linux celebrated precisely its 30th anniversary.

On August 25, 1991, Linus Torvalds posted a post on the Usenet newsgroup, which is known as the birthday of Linux. Of course, besides this day, one month earlier, on July 3, 1991, Torvalds posted a short message on the newsgroup about the Mimix project he was trying to make, saying that it was his second birthday. In addition, the third birthday is September 17, when version 0.01 was slightly released to only a few people who showed interest, and October 5, when Linux version 0.02 was first publicly announced, is the fourth birthday.

IBM also promised to diversify its workforce in cybersecurity by conducting cybersecurity training for 15,000 people over the next three years and establishing a cybersecurity leadership center in partnership with 20 black universities.

Microsoft announced a $20 billion investment over the next five years to integrate cybersecurity to provide advanced security solutions. In the field of technology services, federal, state, and local governments can direct $150 million to upgrade security, and they will work with universities and non-profit organizations for cybersecurity education. Apple and Amazon have also pledged support for security improvement initiatives and other initiatives.

Meanwhile, there have been reports that China has passed the PIPL bill for user data protection. PIPL is a European GDPR that sets out comprehensive rules for how businesses collect, process and protect user data.

The law provides for data minimization, meaning that data collection is limited to information necessary for a specific purpose. We are also obligated to give you control over how we use your personal information. In addition, there are regulations on the transfer of data to third countries, and regular audits for the safety and security of personal information will be conducted.

Since this law comes into effect on November 1, 2021, companies have only two months to spare to respond to the law.

During the AI Day, a new technology presentation held by Tesla not long ago, the D1 chip, called Project Dojo, was unveiled for the first time.

The D1 chip is a chip built into the Tesla Dojo system. It adopts a 7nm manufacturing process, and the processing power is said to be 362 teraflops. For reference, the PlayStation 5 processing power is said to be 10.3 teraflops. Putting together several server cabinets of 120 tiles with 25 D1s together will make what Elon Musk calls the Xflop supercomputer. Tojo operation is scheduled for next year.

On August 26th, Netflix announced that it started delivering two Stranger Things games through its app for Android. Delivery destinations are limited to Poland. Titles delivered to this test version are downloaded directly to Android devices, overturning expectations that they will be cloud gaming services like Google Stadiana or Microsoft’s Xbox Game Pass. thank you.