Paradigm, an investment company specializing in crypto assets, announced on November 15, 2021 that it has created a crypto asset fund worth $2.5 billion (KRW 2.94 trillion). The fund of this size is said to be the largest in terms of crypto assets.

Paradigm is a venture capital firm founded in 2018 by Fred Ehrsam, one of the founders of cryptocurrency exchange Coinbase, along with investor Matt Huang. The company has been involved in more than 40 investment projects so far, including several crypto asset projects (Uniswap, FTX, Fireblocks, BlockFi, Matrixport), and a recent report reports a return of 200% in the first half of 2021.

Paradigm updated its official blog, saying that the company is launching a $2.5 billion venture fund to continue investing in next-generation crypto companies and protocols. announced. Reportedly, the $2.5 billion is the largest ever for a crypto-asset company.

According to Erssam, the emergence of new funds and its size reflect that crypto assets are one of the most exciting frontiers in the tech industry. Although crypto assets have developed significantly over the past decade, crypto asset owners account for less than 10% of the world’s population, and decentralized financial DeFi systems are He said his accumulated assets have grown to over $100 billion, but he is still small in terms of the financial system as a whole. In addition, Web3 also has tens of millions of users, emphasizing the growth potential of the asset industry and the significance of investing in it.

Venture capitals such as Sequoia, which Huang belonged to before starting the paradigm, are known to destroy common sense in various industries, but are reconstructing the venture capital structure itself. As funding tools such as token issuance and decentralized autonomous organization DAO develop, the environment surrounding venture capital is also changing.

The establishment of the crypto-asset fund says that Paradigm’s success in raising $25 USD and attracting attention from many investors proves that Paradigm has been successful so far and is an expression of future expectations for the company. Results will be revealed in a few years, but at this time, the crypto asset market seems to be mixed. Related information can be found here.

Meanwhile, according to a survey by the Pew Research Center, a survey company, the majority of American adults have heard of cryptographic assets such as Bitcoin or Ethereum, and 16% have personally used it for investment or trading.

A 2015 Pew Research study found that 48% of U.S. adults said they had heard of it, and only 1% actually used it to invest or trade. In comparison with this, in the 2021 survey, it can be said that the popularity has increased significantly, and the actual use of crypto assets has increased dramatically. 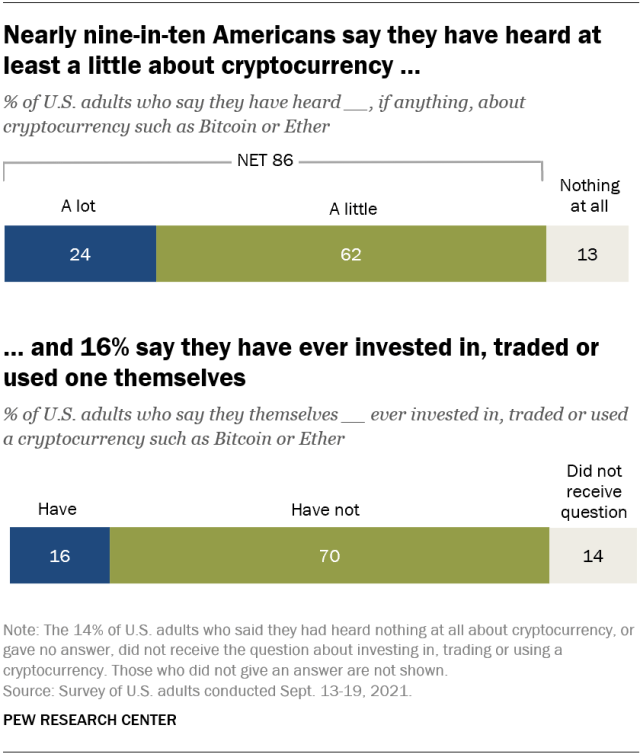 According to the Pew Research Center, the results of this investigation were announced while the discussion on crypto asset regulation was in progress with government officials centered on crypto assets. said to be defined. Related information can be found here.