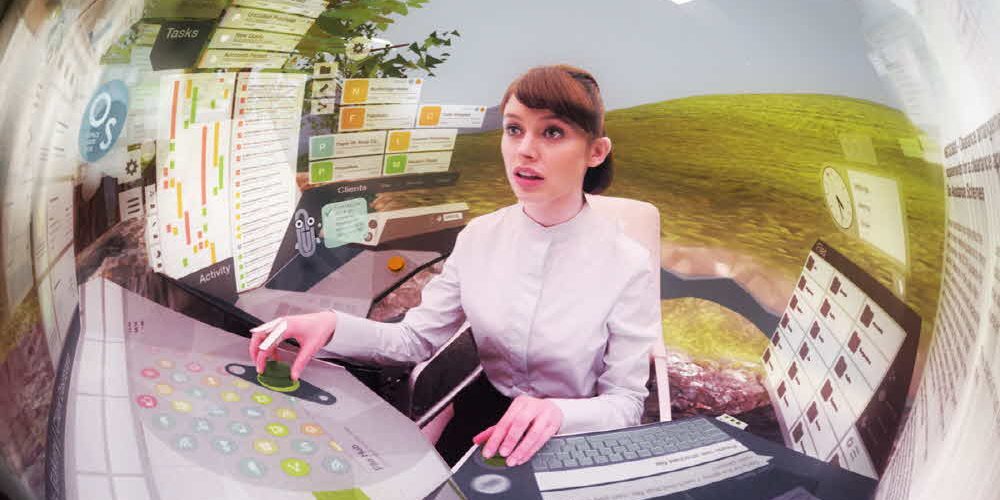 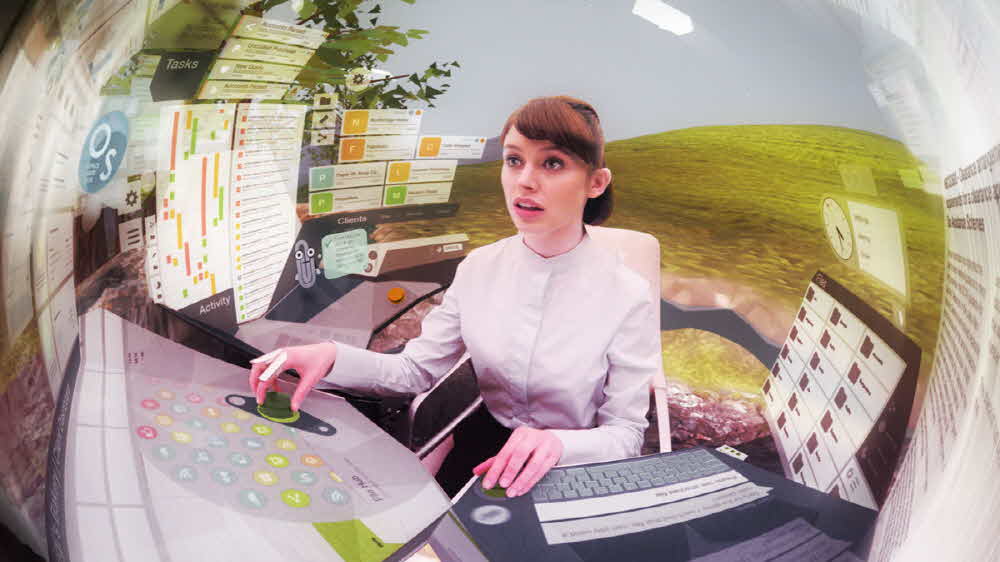 Merger is a 360 degree short SF video. Created by UI designer and video writer Keiichi Matsuda, a woman sitting in front of the screen is constantly surrounded by a complex ocean of data. Rapidly growing work quickly builds up inside and fills the virtual world.

This video is on the extension of the real world. The artist has published works such as Hyper-reality that depict a world where augmented reality is commonplace. This work reveals the inevitable occurrences of desperate isolation. The viewer can witness the way the main character desperately controls the rapid flow of data by rotating the time. She is surrounded by all kinds of digital worlds, but at any angle she is alone without anyone else.

This video tells of the desolate future that will become a hamster-like entity in an artificially expanded virtual space. To show the competition end of artificial intelligence and automation systems. It is also a metaphor for the society we can face in the present and the future. For more information, please click here .