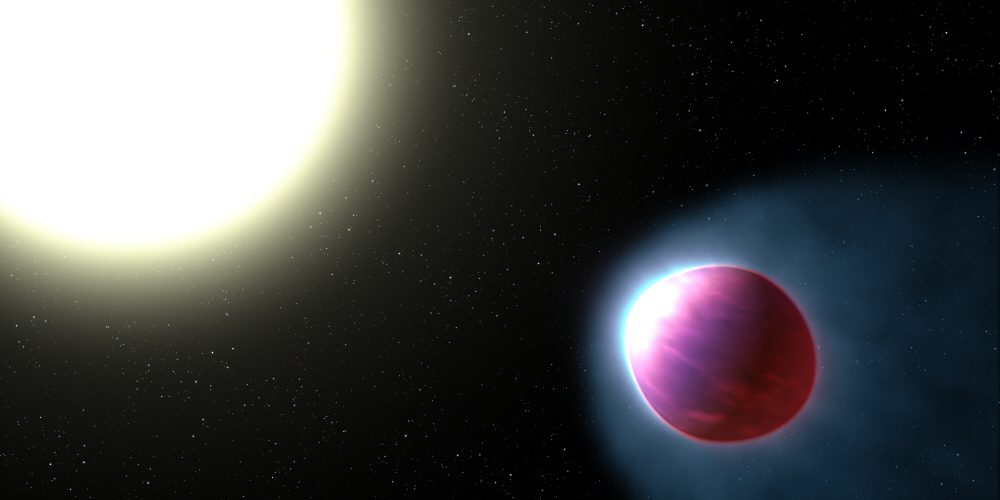 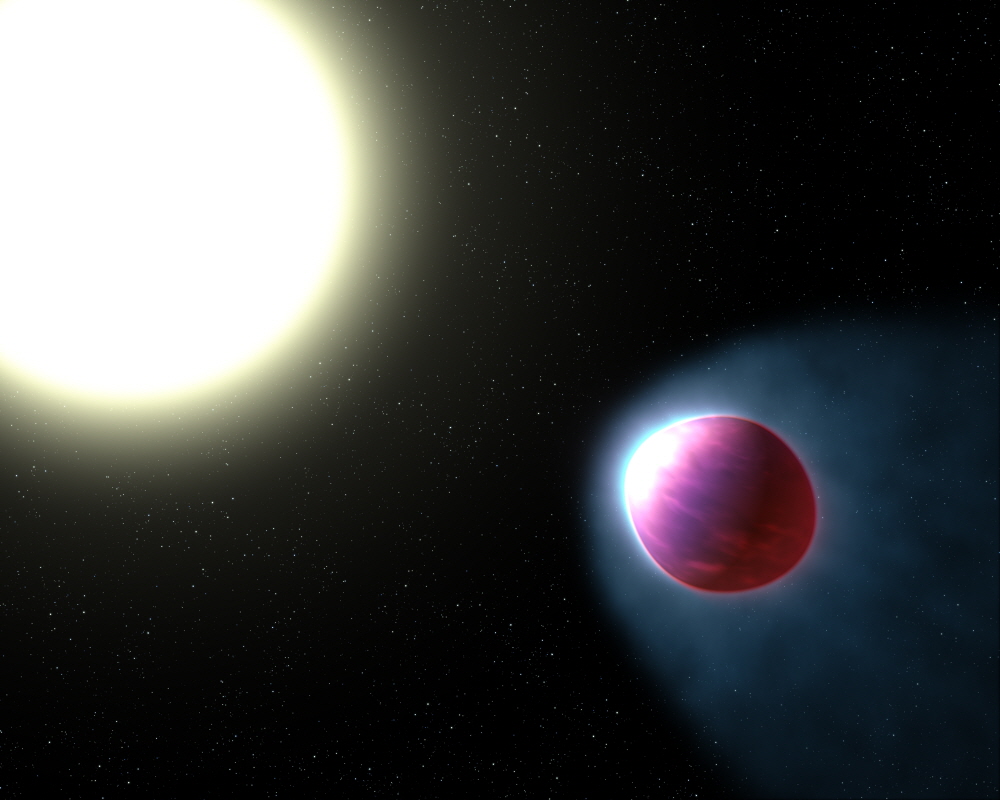 There is a planet that is doomed to smash in the form of a rugby ball in space far from the solar system. This extraterrestrial planet suffers from this because it is too close to a star. Heat from the stars radiated in close range, causing the surface temperature to become super-high, and even heavy metal gases that would normally stay in the star’s atmosphere were scattered into space. It is said that this is the first time in the history of observation.

According to a paper published in The Astronomical Journal, iron and magnesium gases are being released from the atmosphere of WASP-121b, a hot planet 880 light-years away from Earth.

The WASP-121b is a gas planet like Jupiter or Saturn, and has a mass of 1.8 times that of Jupiter. It is located at a very close distance of 3.8 million km from Earth’s Sun, and orbits every 1,275 days. For reference, the closest distance to Suseongdo Island from the Sun is 57.9 million kilometers.

Because of this close proximity, it is said to be dragged by the star’s strong gravity, and WASP-121b is about to collapse. It’s not an exaggeration, it’s true. The evidence is that the WASP-121b is distorted and shaped like a rugby ball.

According to the study published this time, the most obvious analogy is to think of the difference in the tide of the sea caused by the lunar gravity. In the case of the Earth, the moon’s gravity pulls the ocean closest to the moon and hits high tide toward the moon. On the contrary, in places on the other side of the earth, the lunar attraction is weak, and the sea expands in the opposite direction to the moon and becomes high tide. Therefore, the Earth’s marine system is also somewhat distorted, so it can be said that there is a system like a rugby ball.

A similar phenomenon occurs with the WASP-121b. But it is much worse. It means that it is quite dangerous that the nearest point to the star is 10% bigger than usual. In addition, intense starlight pours from the stars, and the surface temperature of the WASP-121b exceeds 2,200 Kelvin, or 1,926 degrees, which is truly a burning hell. According to last year’s survey, it was found that the temperature of the WASP-121b was so high that atmospheric water molecules were also decomposed into hydrogen and oxygen.

In this study, it was found that heavy metal gas was leaking out of the WASP-121b due to excessive overheating in the air in the sky. This is the first time this phenomenon has been proven. According to the paper, magnesium and iron in the lower atmosphere are also introduced into the upper layer, and while maintaining the gaseous state, they are adhering to light gases such as hydrogen and helium gas and are going out into space together. Until now, metal gas leaks from alien planets have been discovered, but it is surprising that iron was found at this altitude.

The research team measured magnesium and iron spectra in near-infrared rays using an image spectrometer in the Hubble Space Telescope. Observations were made when an alien planet passes in front of a star when viewed from Earth. Because the WASP-121b is under extreme conditions, we tried to determine if there could really be heavy metal gas leaks. Although the main target was magnesium, traces of iron in the atmosphere were also found, and the star’s large expansion and relatively weak gravity are believed to be the cause of the metal gas outflow. WASP-121b’s atmosphere is being released into space.

The research team revealed that WASP-121b is destined to disappear sooner or later. The lifespan of this hot planet is expected to be 10 million years, but it is not that long in astronomy. Over the next decade, astronomers say they will know more about their true destiny by checking the decaying planetary orbits. Related information can be found here .