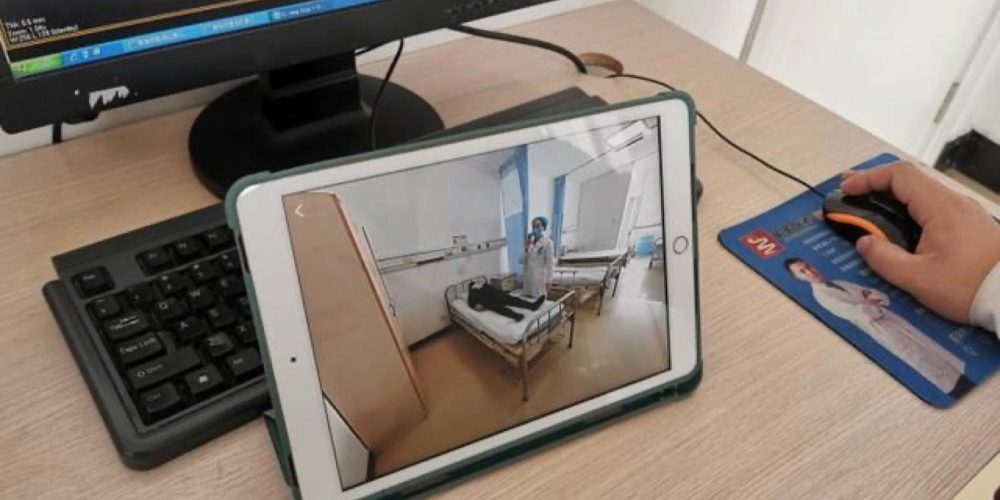 In China, where Corona 19 first hit, the threat has been suppressed considerably, and the city is regaining tranquility by taking strong measures to block the entire transportation network. In addition to the state of state lockdown, various technologies were used in China to deliver information, sell products, and conduct medical activities. Virtual reality is also one of the technologies that have been attempted to use it.

It has nothing to do with Corona 19, but in March, a hospital located in Qingdao, Shandong Province, introduced a contactless telemedicine system that combines China Mobile, 5G and virtual reality.

Shandong University has developed a VR relaxation training system using HTC Vibe to teach abdominal breathing relaxation, music relaxation, and meditation relaxation to release stress when stress builds up in the field. It is a kind of virtual reality treatment for patients who are psychologically affected by Corona 19.

In addition, a system that checks whether a person entering an apartment or complex is a resident and directly judges the body temperature with AR glass, and an AR glass that displays the body temperature of a person detected by a sensor in a commercial place, etc., has been introduced by the public security (police) on a trial basis. did.

In addition, as travel was blocked, a cloud tour, which was made into video contents of tourist attractions in China, was also released. This service provides more than 500 famous tourist destinations in China with photos, videos, commentary audio, and virtual reality content.

Online learning is also said to have been introduced during the Corona 19 period, mainly by introducing virtual reality and augmented reality to adult vocational education content. It is said that in Guangdong and Zhejiang provinces, real estate companies introduced virtual reality as it became difficult to sell through local court real estate auctions.