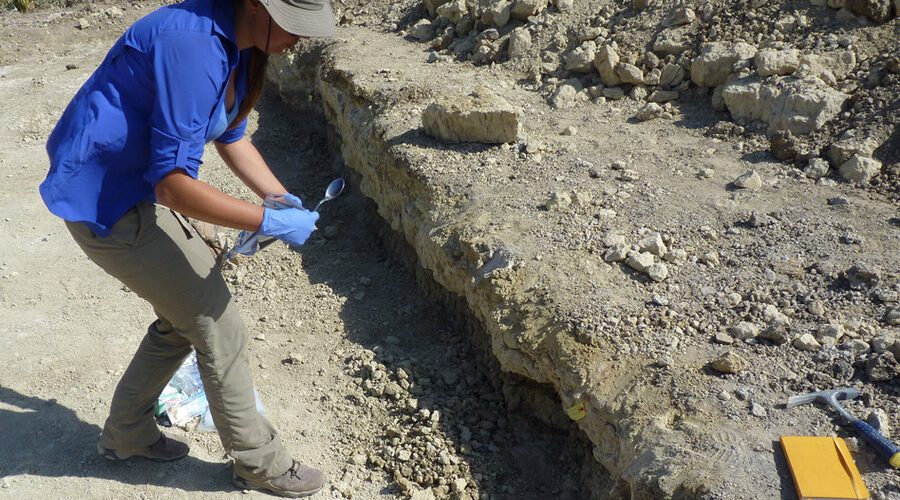 A paper was published that once existed in the Olduvai Gorge, East Africa, which is said to have the oldest traces of tool use in human history. In this discovery that humans settled near hot springs, experts point out the possibility that humans boiled food in hot springs before using fire.

It was discovered that ancient humans lived near the hot springs by Ainara Sistiaga, a researcher at Cambridge, Massachusetts. A team of researchers who participated in an excavation survey conducted in the Oldubai Gorge in Tanzania in 2016 found that the underside of sand from the strata 1.7 million years ago was significantly different from the strata 1.8 million years ago.

Since 1.7 million years ago, East Africa was a time when desertification was gradually progressing, the research team initially assumed that the difference in sand composition was due to vegetation changes. Accordingly, we tried to analyze samples taken from Old Dubai Gorge, detect plant-derived lipids, and investigate plant types at the time. However, it was a lipid that was not related to plants found in the sample.

The research team’s data analysis revealed that the geology in question is the same as Thermocrinis ruber, a thermophilic synthetic lipid found in Yellowstone National Park, USA. The research team believes that the thermocleanis louver cannot grow unless the temperature exceeds 80 degrees. Revealed.

In addition, since the sample was located adjacent to the place where traces of early human life were found, such as stoneware and animals, the research team estimated that there existed a hot spring in the Old Dubai Naguk 1.7 million years ago, and then humanity settled in Yeo-e.

The research team pointed out that although it is possible to prove that hot springs may have existed near human remains, it is difficult to know what it looked like 1.7 million years ago, although there is no evidence that humans had a relationship with hot springs. He expressed the view that if ancient mankind had found a boiled beast in the hot spring water, it would have eaten it, and that mankind is likely to cook food in the hot spring.

The research team plans to conduct further investigations in the Old Dubai Gorge in the future to find signs of geology and the presence of hot springs similar to those discovered. Related information can be found here .