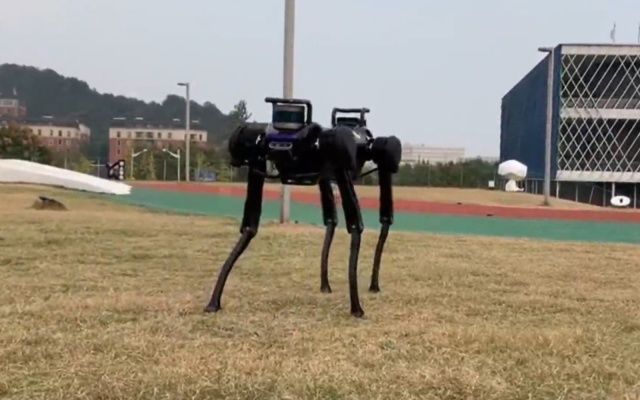 AI robot technology that finds the best way even if you fall down?

Babies need the help of parents to stand on their feet for the first time after birth, but they can remember their senses and eventually walk through trial and error and repeated experiences. On the other hand, cutting-edge robots such as Atlas and Spot, introduced by places like Boston Dynamics, have motor skills that are close to humans and animals, but their basic movements are programmed, not learning how to stand or walk by themselves. Therefore, if you fall into a situation that is not assumed by the software, you may not be able to return to the normal state by yourself.

A research team from Zhejiang University in China and the University of Edinburgh in Scotland has developed a method to reinforce AI in software to remember how a quadruped robot stands up by itself from a fall.

In the case of technology, for example, through software that trains each AI neural network divided into eight categories, such as walking and balance, digital reward points were given if the robot dog did well. On the contrary, if I did something wrong, it wasn’t punishment, but it was given a point of weakness and remembered not to recur. Repeating this, the research team created AI for each of the eight technologies.

The research team then led the eight AIs to create a command tower role to build a priority network and allowed them to dictate which technologies were prioritized and how to control posture. For example, if a robot falls down and tries to stand up again, the AI system detects this movement and calls an AI specializing in body balance processing to put it first.

In an experiment where a robot dog walks in an area covered with obstacles that are easy to fall over in a digital space, when the robot loses its balance, the AI corrects the posture and succeeds in walking after the target. And, as a result of putting this software on a real robot dog and having him walk on the floor with the same pebbles, he was able to maintain balance without falling over. In addition, even if the research team stabbed the robot down with a stick, the robot dog was able to stand up well by folding its legs and leveling the body through the technology to stand up.

The research team says the problem is that the simulation computation load is too high to train the robot AI. In fact, in order to remember various techniques and make them act without problems in every scene, it still requires extensive computational work, and minimizing the amount of computation is the future challenge.

If the amount of AI computation per skill can be greatly reduced, the day may come when it will be possible to create a robot with excellent athletic ability and application power, so that, for example, soccer and baseball can be played using position-specific skills. Related information can be found here .