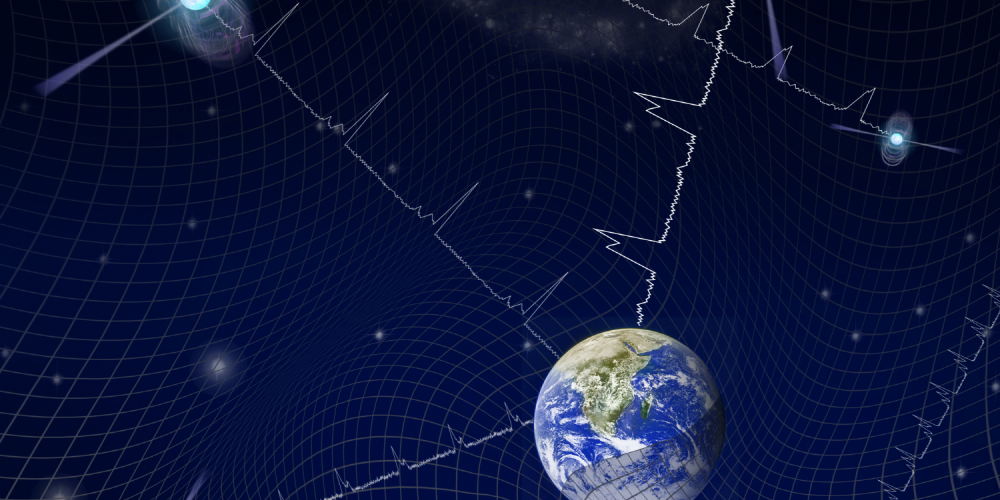 Gravity waves are a phenomenon in which space-time distortions that occur when objects of large mass such as black holes or neutron stars collide with each other become waves and are transmitted to space. The gravitational waves first observed in 2015 were described as space-time ripples, but as a phenomenon, they were close to a tsunami. As long as there is such a large wave, it is not strange even if there is an extremely weakened gravitational distortion, such as a ripple of true time and space. These ripples have a very low frequency, so they have a long wavelength and a degree of distortion in the order of hundreds of nanoseconds.

NanoGrav, a project conducted in conjunction with the Arrecibo Observatory and the Green Bank Manwonkyung, aims to detect gravitational shakes that are indescribable to waves with wavelengths of several years to decades. 45 scattered pulsar lights were irradiated.

The pulsar is a star that rotates at high speed, and it can be said to be a lighthouse of a galaxy that emits pulsed light, radio waves, and X-rays at regular intervals. And although there are few gravitational waves, it is possible to detect ripple-shaped gravitational waves by irradiating this phenomenon to expand the wavelength of light. In other words, it is used as a gravitational wave detector the size of a pulsar galaxy.

To see if this signal is due to rippled gravitational waves, the team looks at more pulsars to determine how gravitational wave effects appear in each pulsar and where they are caused. The team said that this phenomenon could occur in collisions between supermassive black holes in the center of the galaxy. In other words, does it occur when the two galaxies fuse together? It is also predicting that the entire universe will occasionally be shaken by repetitive gravitational waves. Related information can be found here .