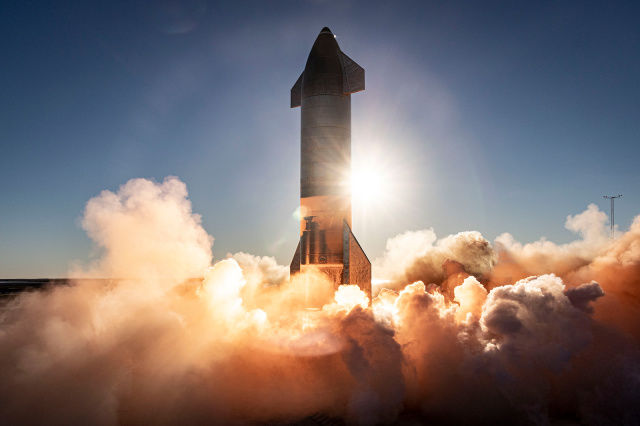 SpaceX was initially scheduled to conduct the launch test of the SN9, a test aircraft for the Starship, a large rocket, on January 28 (local time). It was expected to return to the landing pad after raising the rocket to an altitude of 12 km in the same test as the SN8 conducted on December 9 last year.

According to reports, however, the launch itself was postponed because the FAA launch permit review was not completed according to the request for plan change submitted by SpaceX just before launch. The FAA requires additional information about the rocket flight plan to be submitted in order to issue a final launch permit, and as a result, approval of the launch test permit is delayed, making it understandable that the restrictions on aircraft flight in the surrounding area are lifted even though the space is fueling for launch. It is said that there is no situation.

Anyway, it seems clear that the FAA launch screening was not finished, which caused the delay of the SN9 launch. Elon Musk, CEO of SpaceX, said that unlike the aviation sector, the regulatory structure for the FAA space sector is broken. Their rules are for rockets that government agencies launch several times a year, and with these rules, humanity will never reach Mars. He blatantly criticized that he could not.

SpaceX has set a goal to launch the SN9 on February 1. Neither FAA nor SpaceX explained specifically what was wrong with the launch approval. The FAA recognizes the need for rapid action to promote innovation and growth in commercial use of space, and to do so, the FAA does not compromise its responsibility to protect public safety, and SpaceX is taking steps necessary to comply with regulatory requirements. It said that it would approve this change once it was confirmed that it had taken it.

The SN8’s 12.5km launch test conducted by SpaceX on December 9 ended with a massive explosion at the time of landing, but Elon Musk said it was successful. However, the FAA said it was investigating that the launch did not comply with FAA-approved launch conditions and caused a major explosion when landing.

Of course, one expert said that no one likes regulation, but it’s important to hold on to one and say that keeping everyone safe and providing a stable environment for investors. When asked about the government’s role in regulating innovation, Elon Musk said in an interview that in most cases the best response the government can do is not to interfere. Related information can be found here .