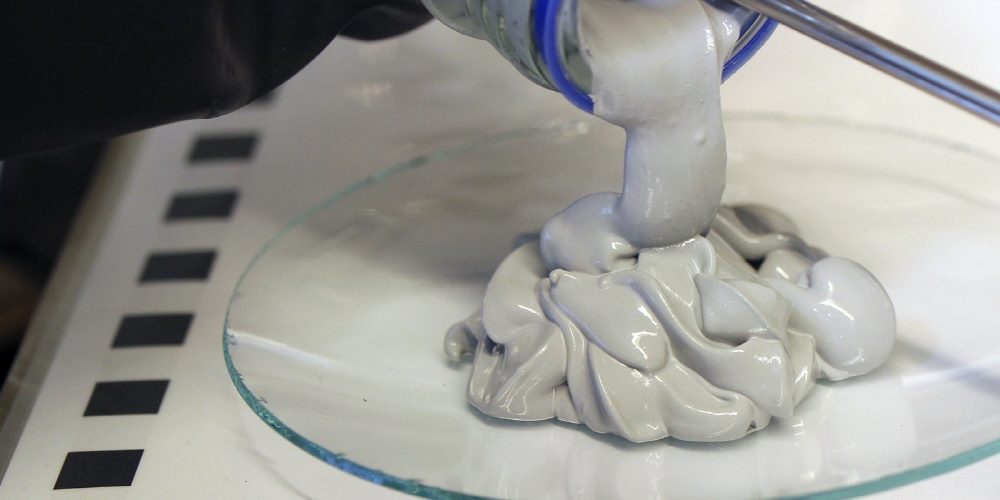 A paste that safely stores hydrogen at 10 times the density?

Germany’s Fraunhofer Institute has announced that it has developed Powerpaste, a toothpaste-shaped material that can accumulate hydrogen at 10 times the energy density of lithium-ion rechargeable batteries and store them in a compressed container.

Hydrogen fuel cell hydrogen used in automobiles is compressed and stored in a pressure vessel at a high pressure of 35 MPa. However, the tank is large and heavy, which makes it inconvenient for use in electric motorcycles or scooters. To solve this problem, Fraunhofer’s team created a safe method that uses magnesium hydrogen to chemically store hydrogen and release it immediately when needed.

Magnesium powder combines with hydrogen in the process of 5 to 6 times the atmospheric pressure of 350 degrees to form magnesium hydrogen. Add esters and metal salts to this to create a toothpaste-like paste that can be placed in a cartridge-type container.

Power Paste accumulates less than 10 energy than lithium-ion batteries of the same weight that can be used stably at temperatures up to 250 degrees Celsius. Specifically, it is said that it can accumulate energy enough to provide a range of more than a gasoline vehicle.

To extract energy from the paste, the necessary paste is pushed into the chamber and reacted with water under controlled conditions to release hydrogen. From here on, it is the same as a general fuel electric vehicle. How to get the energy density up to this point is because, in the end, about half of the hydrogen converted into energy is also supplied by the water to react with the paste.

Fraunhofer’s research team is positing a structure in which power paste charging cartridges can be exchanged at stations when power paste is adopted for fuel cell electric motorcycles or scooters. This way, you can continue to drive safely and immediately by replacing the cassette stove cylinder. You don’t have to find a place to charge like an electric scooter or wait for a charging sequence like an electric car.

In addition, if the cartridge type is used, there is a possibility that the range of utilization may be expanded to supply energy for other purposes such as beetroot machinery and generators. The use of power paste for passenger cars or heavy trucks may also make it easier to prepare the paste itself and fill the tank. Even in this case, it is possible to exchange the paste simply by having relatively inexpensive equipment. It goes without saying that it is safer than handling high-pressure hydrogen gas directly.

Fraunhofer says the industry is already building a production facility with an annual capacity of 4 tonnes for a pilot program.

Of course, it’s such an attractive paste-like hydrogen fuel, but whether it’s efficient or not can depend on how much energy you’re using when manufacturing power pastes that require a lot of thermal energy. In addition, it is not recorded how to treat magnesium after taking out hydrogen, and the overall efficiency will vary greatly depending on whether it can be recycled as magnesium hydride or if it is disposable. You will also have to consider the cost of transporting the paste and cartridge station.

If Power Paste can be manufactured and recycled only with clean energy such as solar power and can be sold at low prices at existing gas stations, it can help supply safe and easy-to-understand next-generation fuel. Related information can be found here .