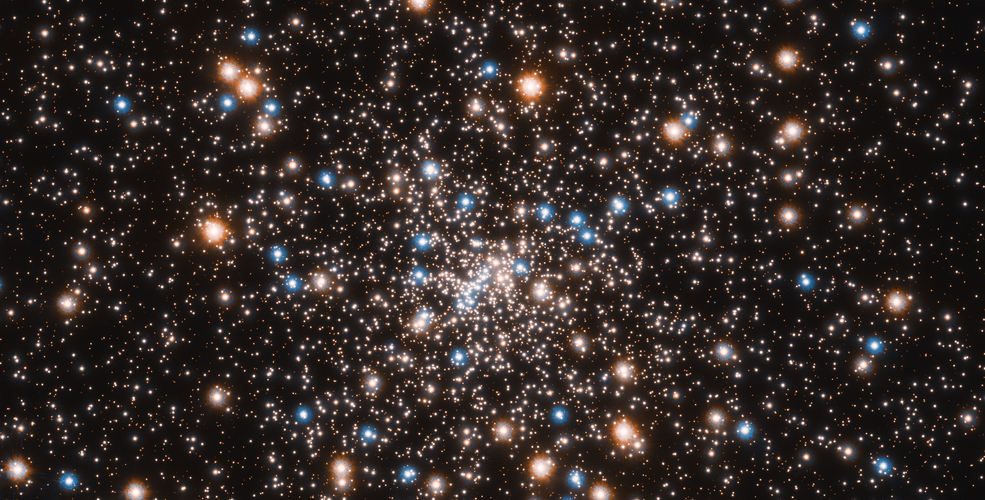 Speaking of black holes, it is an interesting celestial body with a strong gravity that even light cannot escape. It is believed that supermassive black holes exist in the center of most galaxies scattered in space, and it is difficult to imagine what kind of world this place is. On the other hand, there are many small black holes in the universe.

Scholars initially thought that there was a medium-mass black hole at the center of this cluster. The reason is that the existence of a black hole with a stellar mass after its collapse has been confirmed in addition to the supermassive black hole, but most of the medium-mass black holes with the mass of the black hole have not been found. It was suspected that it could be formed by collecting and dust.

However, if you carefully observe the mass indicated by the black hole, which is believed to be in the center of NGC 6397, you can see what percentage of the cluster size is spread out in clusters rather than points. IAP researchers at the Paris Astrophysics Institute were surprised by the results and reviewed data from the Hubble Space Telescope in the past, and calculated the overall mass distribution as well as large and small stars and black holes using the speed at which star cluster stars move.

As a result, it was found that the movement of the stars in the cluster is almost random, and not a circular or long elliptical orbit. In addition, it is difficult to think of the invisible mass components as white dwarfs, neutron stars, and black holes collapsed remnants. Star bodies of this mass are gathered toward the center of the cluster after gravitational interactions with nearby not very heavy stars. Meanwhile, stars with low mass are moving to the outer periphery of the cluster.

The team considers most of the invisible masses found from the perspective of stellar evolution to be black holes. In recent studies, it has been reported that there is a possibility that stellar mass black holes generated from star remnants exist in the space inside the globular cluster.

The discovery may increase our understanding of the phenomena that black holes and their surroundings create. It is also possible to think about the possibility that these black hole-dense areas are the main cause of gravitational waves. Related information can be found here .