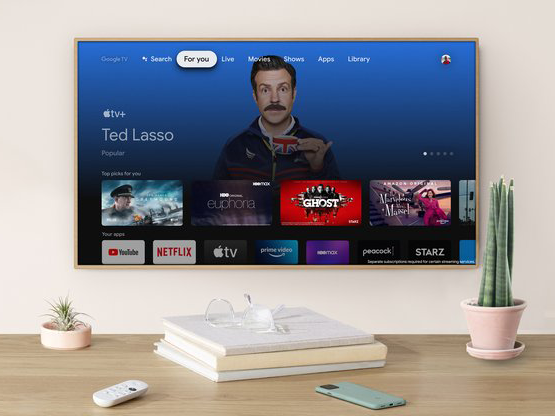 Google announced on February 18 (local time) that the Apple TV app, which can also watch Apple TV+, an Apple video streaming service, will be available on Chromecast with Google TV.

Accordingly, it can be viewed in the Chromecast with Google TV app or in the For you tab. Of course, you need a subscription contract to watch Apple TV+. With the Apple TV app, you can watch original Apple works delivered to Apple TV+ on Chromecast, and you do not need to cast purchased movies on the iPhone.

In addition, in the US, Apple’s original recommendations and search results are displayed. You can use the Google Assistant to play Apple’s original works by voice control. This feature will start expanding globally in the coming months. In addition, Apple TV is offered not only on Chromecast, but also on Sony and TCL Google TVs. Deployment to more devices is expected in the coming months. Related information can be found here .