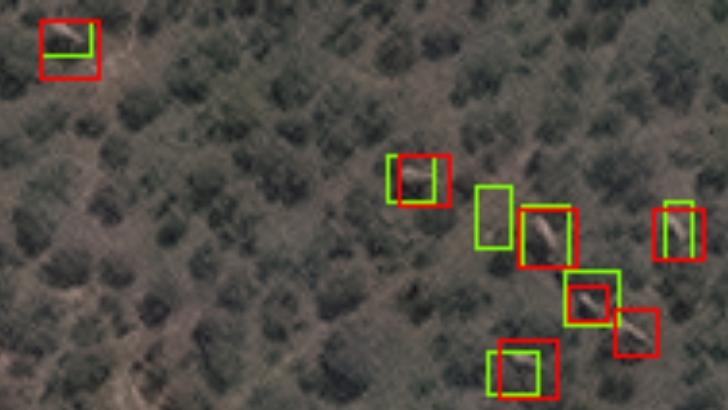 African elephants live in the south of the Sahara Desert, and the number of African elephants is decreasing, with 20,000 individuals being killed each year by poachers for the purpose of obtaining ivory.

In order to reduce the progress of this situation, the number of African elephants is important. However, in reality, encountering poachers by chance can endanger life, making it difficult to accurately determine the number.

An AI trained to investigate wildlife populations included counting whale populations using photographs taken over the sea. However, in the case of the sea, the accuracy of the AI could be improved relatively easily because it was enough to find the black whale shadow in a uniform blue background.

However, in the case of land, it was difficult to improve AI as it was necessary to selectively find an elephant among various colors such as vegetation and river in the soil. Satellite images are useful for researchers working for wildlife conservation because they can continuously capture vast land within a short period of time, so they can be counted from the sky and, above all, safe. In addition, the application of this technology can continuously track trends even as wild animals migrate across borders. It is said that more flexible and safer protection activities may be possible.

Not only African elephants, but also various wildlife are on the decline. AI can still count large animals like elephants, but since satellite image resolution is increasing every two to three years, the research team plans to further strengthen AI to monitor even smaller ones in the future. Related information can be found here .