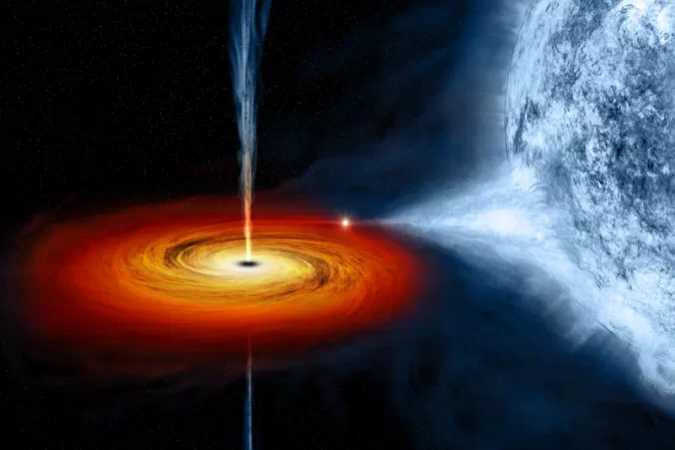 Research shows that the first black hole humans discovered in 1964, Cygnus X-1, was much larger than ever believed. As a result, astronomers may have to rethink how black holes form and grow.

X-1, which makes up a continuous star system, has so far been considered the mass of 15 solar masses. However, as a result of observation for 6 days using VLBA, an ultra long-line radio interferometer with antennas installed all over the United States between Hawaii and Puerto Rico, the black hole has 21 solar masses. In addition, it is said that the distance from Earth to X-1 is a little over 7,200 light-years, not 6,000 light-years known so far.

The mass of a black hole largely depends on the size of the original star that became the black hole and the amount of mass lost in the form of the solar wind. Stars that shine brighter at higher temperatures tend to be heavier and produce more stellar winds. Therefore, the larger the star’s mass, the more likely it is to lose mass by the stellar wind before and during the collapse process, and the propagation of the black hole becomes stronger.

However, in general, the stellar wind strength in our galaxy was originally thought to be less than 15 solar masses, regardless of the star size. A new discovery reverses this perception.

To make the black hole too heavy, the researchers say it is necessary to reduce the mass that will be lost in the lifetime of a bright star. Calculations using the new black hole mass and distance to Earth revealed that X-1 Cygnus was rotating at an incredibly fast speed the closer it was. This is faster than any other black hole found so far.

The research team plans to continue observing X-1 in the future. When the SKA (Square Kilometer Array), which is planned to be built in Australia and South Africa, is in operation, it is expected that observations using the X-1 and other black holes will reveal details. The Milky Way is likely to contain between 10 million and 1 billion black holes, and studying at least some of them may shed light on the mystery. Related information can be found here .