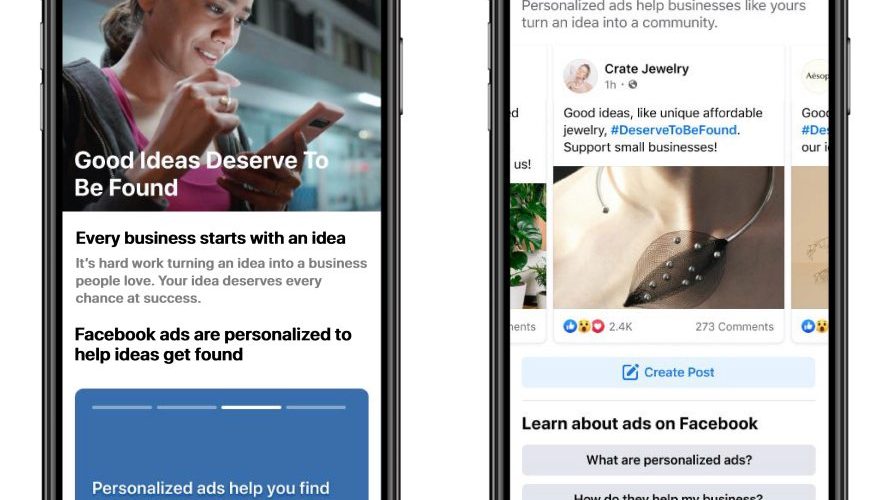 In order to limit the use of user data by advertising companies, Apple is voicing not to allow advertising agencies to use IDFAs for advertising identifiers unless the user permits them. Facebook, which is strongly opposed to this movement, started advertising, saying that targeted advertisements optimized for new individual users will benefit small and medium-sized businesses.

For this reason, Apple said it is changing the IDFA specification for advertising identifiers used on the iPhone and revising its privacy policy so that advertising companies cannot track users unless the user approves it. Already running the application on iOS 14.4 beta, IDFA restrictions have entered the countdown with pop-ups allowing or denying ad tracking.

Facebook is insisting that ad revenue will drop sharply following the revision of Apple’s privacy policy, and is strongly opposed to Apple’s privacy measures, such as posting advertisements in newspapers saying that it will have a tremendous impact on small and medium-sized businesses. Meanwhile, Facebook reportedly said it had no choice but to accept changes to Apple’s specifications.

In the midst of this, Facebook created an advertising video that appeals to small and medium-sized businesses that target advertising is important and released it on the official site and YouTube. The ad runs on and off the platform for 12 weeks and also airs on TV.

Facebook is appealing that targeted advertisements optimized for individuals can help small and medium-sized businesses with good ideas. According to Facebook, SMEs are in a difficult situation due to Corona 19, claiming that marketing in the digital space is important for SMEs’ survival. Small and medium-sized enterprises whose target advertisement accuracy is poor due to advertisement identifier restrictions are appealing that they will lose the engine for survival and growth. Related information can be found here.