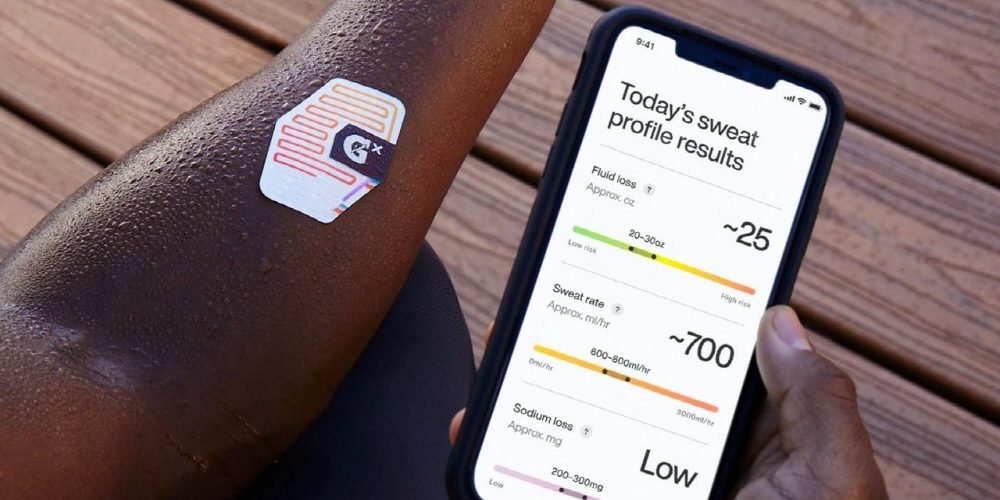 Disposable patch that tells the amount of moisture developed by Gatorade

A startup called Epicore Biosystems teamed up with Gatorade to develop the Gx Sweat Patch, a wearable patch.

Gatorade, as it is well known, is a sports drink featuring the colorful colors that are often encountered in American sports events. The Gx sweat patch is used by the athlete on the inner left side during exercise. It tells the user when and how much water to drink according to the amount of sweat.

The patch does not contain any electronic devices and is made of a thin polymer layer that has been etched with microfluidics. Depending on the user’s sweat, part of the patch changes to orange, and the part that reacts to sweat chlorine changes to purple to detect sodium concentration. After exercising for 30 minutes, the user shoots with a dedicated app that creates a sweat profile. It is a structure that displays the amount of moisture by analyzing the color-changed patch image in consideration of the user’s age, height, weight, type of exercise, and climate.

This patch is a disposable type and costs $25 for a set of two. Related information can be found here.