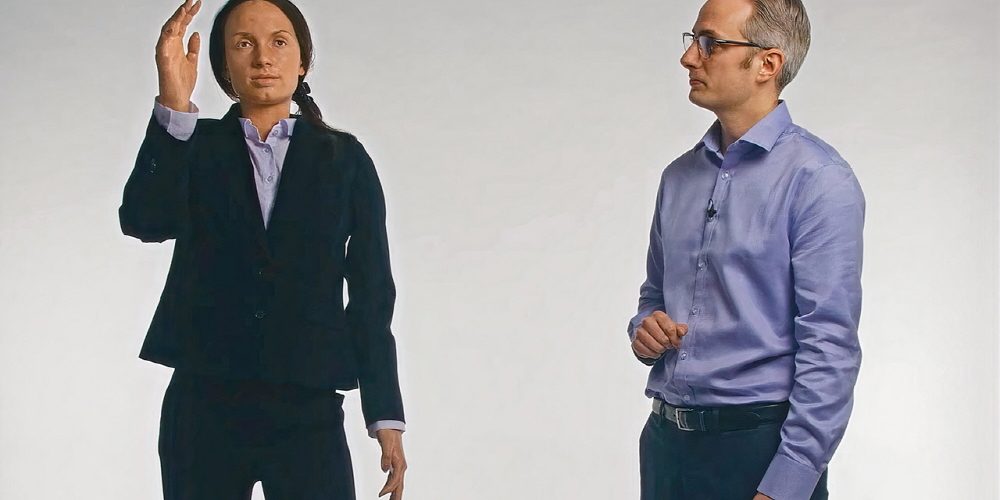 Robots introduced by Boston Dynamics can tumble, and now robots can handle quite a bit of difficulty. However, Cleo, an entertainment robot, is indistinguishable from humans, advocating a humanoid and performing another trick.

By removing the outer layer of artificial skin, Cleo reveals that it is an advanced robotic system. It was assembled based on Mesmer, a platform developed by Engineered Arts, which designs and manufactures humanoids for entertainment facilities.

Cleo’s arms and wrists, neck and shoulders are equipped with several motors, making it easy to make gestures like shrugging. It seems that the smooth motions are getting closer to humans. However, when Cleo wears fake skin and reproduces the expression and rich volume of singer Celine Dion, who sings not only his voice but also his hand movements, problems arise. Most of the problems are with Cleo’s face and artificial skin that somehow moves and contracts to convey emotions other than fear. Developing a robot that resembles a human is much more difficult than moving the mouth and eyes.

The realistic representation of the human face is that human movements and actions overlapped in several layers, such as not paying attention or consciousness, are lacking in robots such as Cleo. This is the behavior of the body when maintaining balance with breathing and legs, or even small movements such as changing eyes, facial expressions, and constant eye movements when talking to a person. In this respect, it still takes time to develop a complex robot. Related information can be found here.