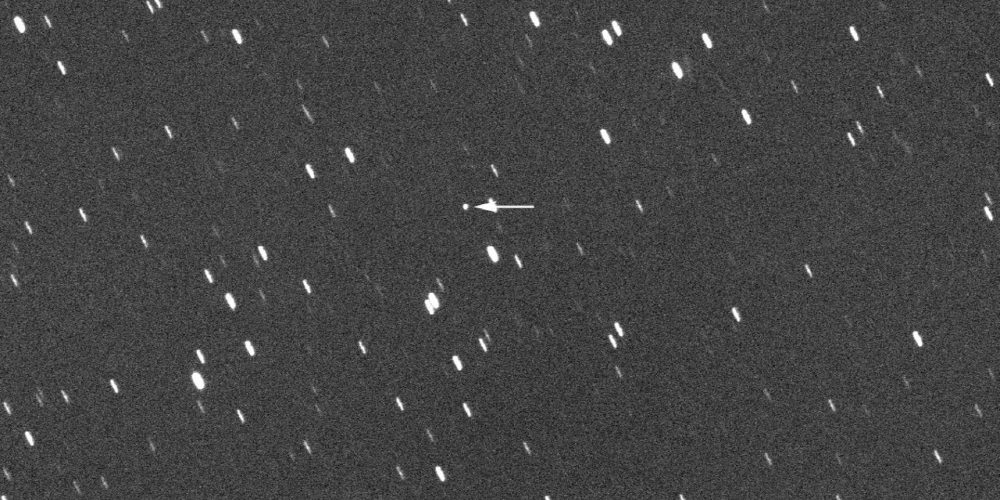 Asteroids that may collide with Earth in 2066

The asteroid Apophis, which may collide with Earth in the next 47 years, is now close to Earth. Of course, there is no risk of collision this time. The closest approach to Earth is March 6, 2021, but it is still only passing through 15.8 million kilometers from Earth. Since it is 44 times the distance between the Earth and the Moon, it will not be harmful. It’s too far away to see with the naked eye, but it’s definitely an opportunity for scientists to observe carefully.

Apophis (asteroid number 99942) was discovered in June 2004. It has a diameter of 350m, and it is the smallest of the celestial bodies given an asteroid number because the orbit is confirmed. However, in this orbit, it is possible to collide with Earth in 2068. It also ranks third on the list of potentially dangerous asteroids maintained by NASA.

Apophis, orbiting the sun in an elliptical orbit, flies near the Earth every few years. The Earth will be approached on April 13, 2029, eight years later after the proximity of March 6th. It is 31,000 km from Earth, so it is expected to approach one-tenth of the distance from Earth to the Moon, so it can be seen with the naked eye. It also approaches in 2036, seven years later, but the possibility of a collision with the Earth anyway is zero.

However, it is feared that it will approach the Earth so much that it is difficult to assure that it will not collide with the Earth in 2068, 32 years later. There are different opinions, such as that the probability of a collision is 1 in 150,000 or 1 in 530,000, and the possibility of a conflict is potentially low, but it is difficult to say that the probability is at all zero.

It is known that if Apophis collides with Earth, the impact is equivalent to 1,150 megatons of TNT. According to the collision angle and the point of fall, the global scale will cool down in the medium to long term. When it comes to cooling, one can think of a meteorite impact that hit the Yucatan Peninsula in Mexico 66 million years ago, causing the bird-type dinosaurs to disappear. At the time, the size of the collision was 16 km in diameter, and the scale was different. Meteorites of this size are known to fall to Earth every 250 million to 730 million years. Meanwhile, Apophis-class meteorites are known to fall once every 80,000 years.

Astronomers have been preparing from an early age to capture the appearance of Apophis that will approach Earth. It is to challenge observation by establishing a linkage system called 99942 Apopis 2021 observation activity led by the international asteroid warning network IAWN. Observations are made at the NASA space communications facility in California, and observations are also made at the Greenbank Observatory in West Virginia.

The main purpose of this observation is to dispel the curiosity of the apophis orbit and to understand the spin state and the three-dimensional shape. Radar observations at close range and detailed data can be used to find out what changes in spin and shape occurred when passing near Earth in 2029, and how Earth’s gravity affects the orbit of Apophis. Knowing the change, we may be able to predict the trajectory more accurately in the future. As we are in danger of colliding with the Earth, understanding the future movements will also help to resolve the crisis.

Therefore, even for data acquisition, this close flight is a valuable opportunity for astronomers. At the same time, preparations have already begun as the distance for the 2029 flight is further reduced. It is said that he is also considering a bold mission to fly a spacecraft to the vicinity of Apophis, send a rover to it, and inspect the surface of Apophis. In the future, knowledge revealed by the power of science may decisively change the fate of the Earth following the avoidance of Apophis collision. Related information can be found here.