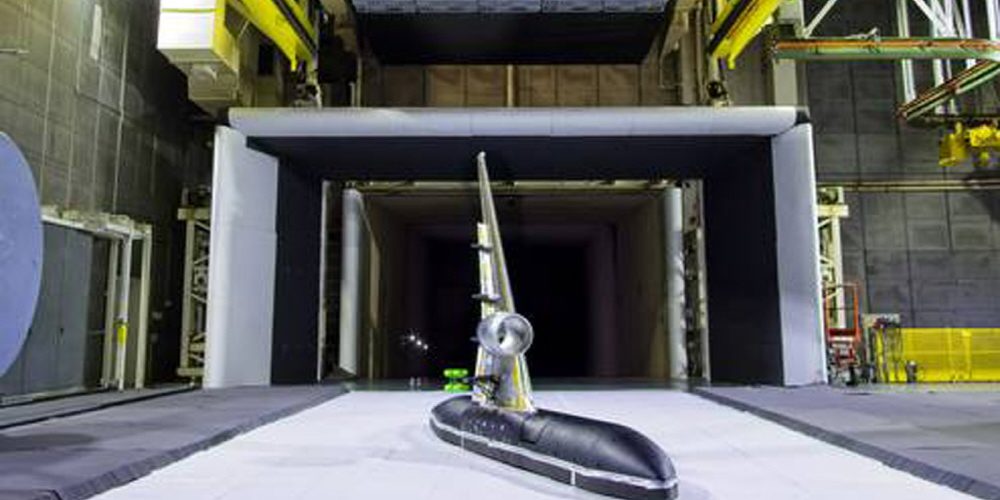 Most of the noise around the airport is the roar of jet engines. However, aircraft wing noise actually generates a significant amount.

NASA has been conducting research to reduce the noise generated by aircraft wings to a minimum as part of the Advanced Air Transport Technology (AATT) project, which studies innovative energy efficiency and environmental compatibility for fixed-wing vehicles.

In January of this year, the research team conducted a 10-minute scale subsonic wind tunnel experiment on a new wing called CRM-QHL (Quiet-High-Lift version of the Common Research Model) in order to investigate the mechanism of wing noise generation in detail and obtain a method to reduce noise. .

The test model has the shape of the aircraft in two columns vertically and is placed on the bottom of the wind tunnel with the cross section down. To explain more clearly, the aircraft fuselage shaped like a fish cake broken in half has vertical wings, and this wing flap and slat-like movable mechanism is reproduced as if it were a real thing. In addition, by installing a jet engine retractable wheel, etc., it is possible to obtain measurement data that is not different from the installation.

After confirming the experimental results using the tenth model, the research team will switch to a larger wind tunnel test and develop it into a technology that can be used in the aerospace industry in the future. Although there is research on wing design, which is known to have solved all simple problems, it is revealed that the research team is still progressing by combining computational technology and experimental technology. If this study is put into practice, it is expected that aircraft fuel efficiency and low noise can be improved. Related information can be found here.