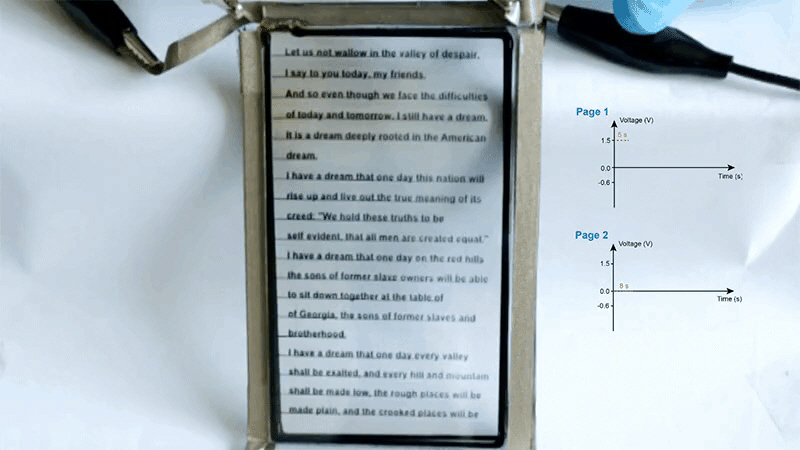 A research team at Jilin University in China has developed a transparent display that allows easy viewing of the screen with high contrast.

According to a paper published by the research team in the international academic journal Chem, this transparent display takes a new approach to electric discoloration that changes color reversibly when an electric current is applied.

In addition to the electrode, the developed prototype is made of two sheets of clear glass containing a material made of metal salt, dye, electrolyte, and solvent. It uses a method of reacting with flowing metal ions to activate the dye and express the mixed color. It is said that cyan, magenta, yellow, red, green, pink, purple, and gray were produced. The display was able to express from completely transparent to black mixed with colors, and as a result, it succeeded in raising the contrast level, which is a transparent display task, and thus improving the readability of the text.

The advantage of this technology is that it is not only comfortable on the eyes, but also easy to produce at a relatively low cost. The goal is to be adopted as a material that replaces LCD and OLED with smart glass. However, there are many challenges that must be solved in order to be actually adopted in a product. This is because the display speed, as well as the speed of displaying text and images, is much slower than the current display of smartphones or wearable devices. To consider practical use, it should be possible to convert text and images about 30 times per second. Related information can be found here.