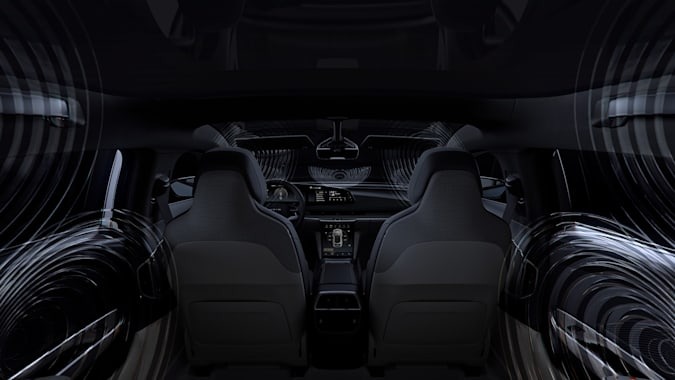 Lucid Motors announced the details of Lucid Air, an electric sedan, during the online SXSW 2021, which was held online by Lucid Motors, and made it clear that it will be the first car equipped with Dolby Atmos. . Lucid Air is equipped with Surreal Sound consisting of 21 speakers.

Lucid Motors introduces the advantages of Dolby Atmos, in which playback is spread not only horizontally but also vertically in the vehicle through video. The idea of putting Dolby Atmos in a car may be surprising, but the car itself is soundproofed and built-in multi-speaker environment can be built, so it can be a good compatibility. It may not be an exaggeration to say that an environment with 21 speakers like Lucid Air is for Dolby Atmos.

In addition, Lucid Motors used Capitol Studios’ Studio C conference design and adjusted the speaker settings to optimize the speaker for Dolby Atmos. Music sources that support Dolby Atmos are also prepared with Amazon Music HD and TIDAL, and it is said that 6 months free benefit is also provided for higher-level models equipped with the Atmos system as standard.

In addition, when automatic driving is in progress, we plan to consider responding to various functions in the future, such as allowing the driver to enjoy a movie using the screen in the car or provide a game environment like Tesla. In addition, Lucid Motors is using the immersive sound environment by Surreal Sound and Dolby Atmos not only for music, but also for directional sounding of notifications and warnings while driving. For example, if a person sitting in the rear left seat has not properly fitted the seat belt, a warning sound will be heard at the corresponding position, and so on.

Lucid Motors isn’t the only one trying to change this car audio experience. Audi has announced the introduction of the Sonos system to the new Q4 E-Tron. Details will be revealed in April, but it is expected to provide a new sound experience. Related information can be found here.