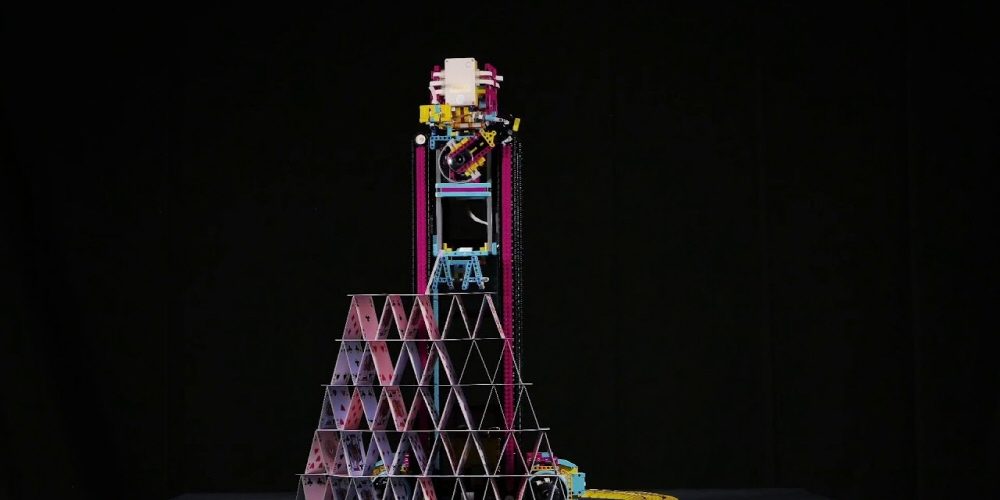 Trump Tower made by Lego machines

What appears in the video is the Trump Tower made of Lego made by a man named Arthur Sacek, a YouTuber. In the past, there were products that implemented complex Lego, such as a robot that unwraps a magic cube in seconds or a device that cuts gift wrapping paper. However, this product is good enough to put its name on top of the machine that has been introduced so far just by making the Trump Tower.

Most of the parts used in this system are the LEGO Education Spike Prime Series. The creators said they spent more than 200 hours designing and assembling numerous prototypes in five months. It is difficult to assemble a machine made of Lego designed to handle objects, but the difficulty is higher for items that are difficult to handle and balance properly, such as cards.

The parts used in this tower construction machine can be difficult to build, even if you have complex and sophisticated parts, such as three Spike Prime hubs that act as computer brains and controllers, motor L2, motor M8, three color sensors, and force sensors.