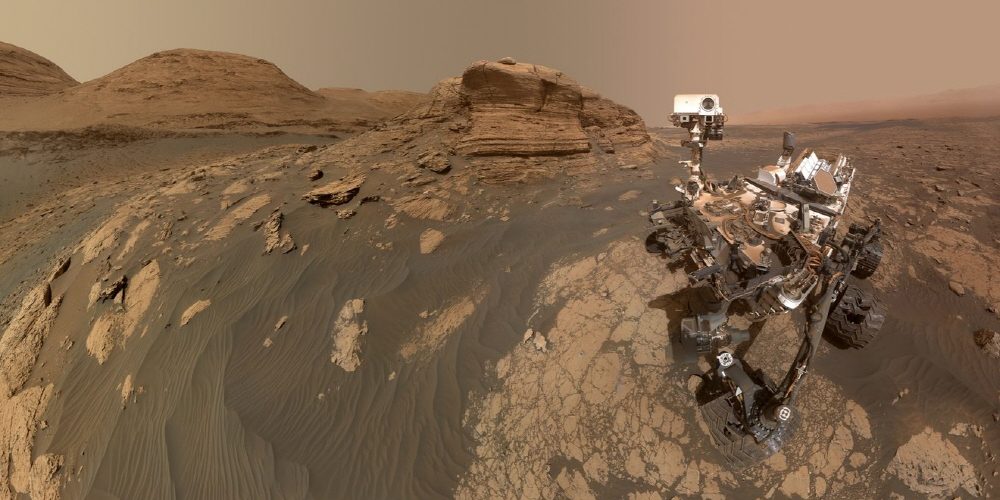 Recently, it focuses only on the probe’s Perservation, which has just landed. But Mars now has Curiosity, which landed 10 years ago. Curiosity is currently on an important scientific mission.

Curiosity’s new selfie was taken in front of the 6m-high area (Mont Mercou), a rock formation in the Gale Crater. It is a combination of 60 photos taken on March 26 and 11 photos taken on the 16th. Curiosity has taken numerous selfies over the years.

According to NASA, the study of rocks from different points of view can also help to better understand the three-dimensional topography of the rock sediments. In early March, Curiosity organized 126 photos taken using Mastcam to create a 360-degree image of this rock.

Curiosity’s current location is known to contain clay and is quite different in shape. NASA is sending a probe to the slopes of Mt. Sharp, 5 km high, for its next destination, a sulphate-containing instrument. NASA believes there may be clues in this transitional zone that will tell why and how Mars turned into a desolate desert.

Curiosity not only takes selfies, but also drills for the 30th time, and cuts the rocks collected from the groove (Nontron) into small pieces and puts them into an analysis device onboard an exploration vehicle. Related information can be found here.