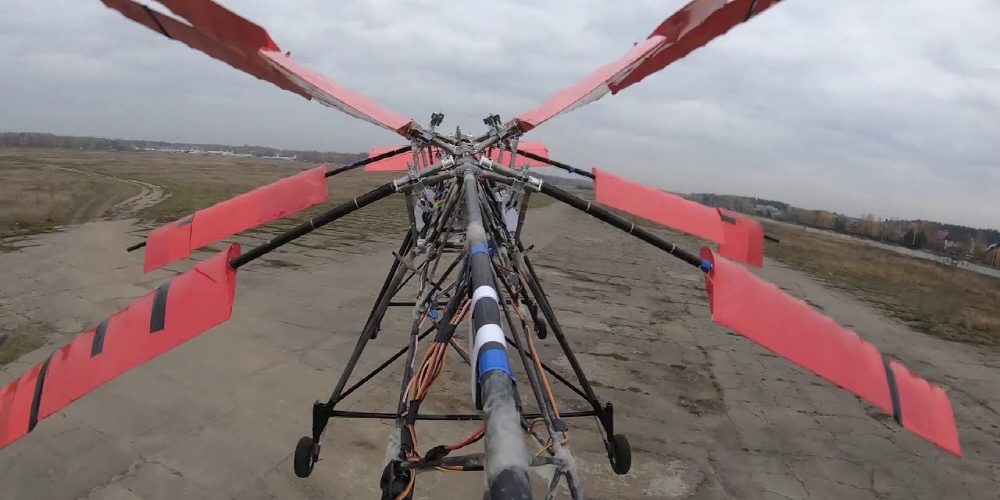 The unusual mechanical device that flies in the sky, born in Russia, attracts attention. There have been many cases of reverse engineering how creatures, such as insects and birds, fly in the sky. Airplanes that mimic birds flying with their wings spread out are common.

The device, dubbed Serenity, was based on a sketch of a flying machine drawn by Da Vinci, but it’s the scale that should be noted. Although the skeleton structure and body are light, it can be said that it has proven that such a structure is not only applicable to small insects and birds.

It is 3m long and consists of 3 wings. Equipped with a wire and battery linked to a mechanism for realizing wing-wing movement, the Serenity is heavier than the largest flying creature on Earth.

Modern airplanes are equipped with fixed wings and a jet engine or propeller generates thrust to maintain movement in order not to stop in the air. But because of that, it makes a lot of noise. You also have to keep the lowest speed, otherwise you will fall out of the sky. If you use aircraft wing motion to generate lift, you can expect much more functionality in maneuverability.

Serenity as well as the ability to manipulate is still limited. But the potential is expected. Related information can be found here.