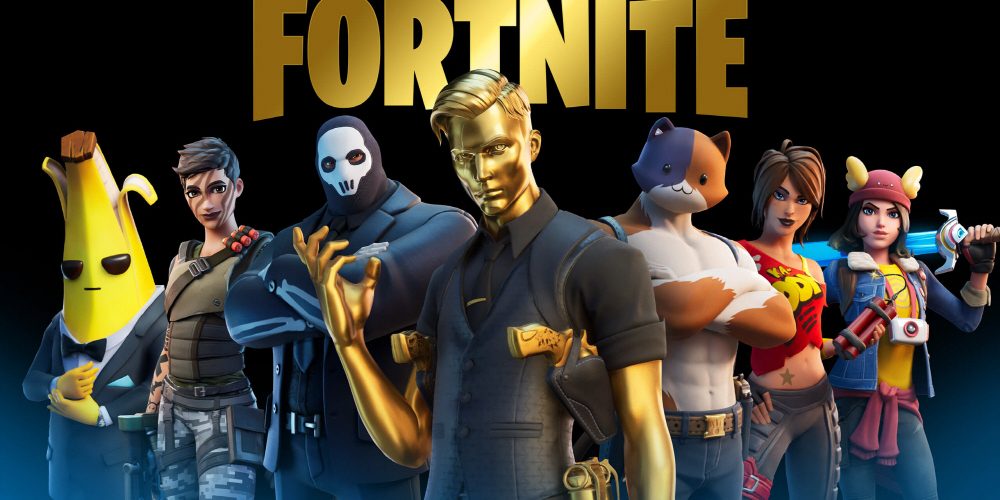 Fortnite developer Epic Games has filed a lawsuit against Apple after Fortnite was removed from the App Store. In the meantime, according to documents released by Epic Games at a trial that began on May 3, 2021 (local time), Fortnite gave Epic Games more than $9 billion in revenue in the two years of 2018 and 2019.

Apple prohibits distribution of apps other than the official app store, and it also prohibits payments other than in-app payment to sell content within the app. In addition, Apple collects 30% of app sales as a fee for distributing apps in the app store.

However, Epic Games said that Apple fees were too expensive, and on August 13, last year, Fortnite introduced Epic Directory Payment, which allows users to purchase in-game currency without going through the App Store. Since Apple does not allow payments that do not go through the App Store, the iOS version of Fortnite was removed from the App Store for violation of the rules, and Epic Games filed a lawsuit against Apple, claiming fair competition.

On May 3 (local time), an Apple and Epic Games trial began in the federal district court of the Northern District of California, USA. Epic Games argued that Apple’s obligatory use of in-app payments delivered from the App Store violates the antitrust law. In response, Apple emphasized that it is competing in a fair environment, saying that unlike Microsoft and Sony, Apple has allowed cross-play of the iOS version of Fortnite from the beginning, and Nintendo and Sony are also not accepting claims other than the platforms provided.

As part of the lawsuit, Epic Games released its financial report for January 2020. According to these financial statements, Fortnite reported revenues of $5.628 billion in 2018 and $4.221 billion in 2019. In other words, it gave Epic Games $9.649 billion over two years.

In addition, during this lawsuit, it is also revealed that Sony has requested royalties from developers requesting cross-play implementation, and there will be a lot of attention in the lawsuit between Apple and Epic Games in the future.

Meanwhile, in this trial, on the 5th (local time), Xbox vice president Rory Wright appeared as a third-party witness. In this trial, he is attracting attention when he said that the Xbox has never made a profit from the game consoles it has been selling.

The remarks in question came when a lawyer at Epic Games asked Wright about the profitability of the game console. A lawyer asked how much Microsoft is making profits on the sales of Xbox game consoles so far, and Vice President Wright replied that the company did not make a profit from sales of game consoles, and that it was selling game consoles at a loss.

Vice President Wright said Microsoft’s business model was designed to provide an end-to-end gaming experience, so Microsoft is selling game consoles at a loss, and yet hardware sales are important for delivering the user gaming experience.

The reason Epic Games asked about the profitability of game consoles was because Apple claimed that it was not only Apple that collected 30% of sales as a commission. Epic Games is justified because it is difficult to make a profit from game console sales when game console companies such as Microsoft, Sony, and Nintendo collect 30% of sales as a fee, and it is more than a similar fee that companies like Apple that make a profit from device sales collect similar fees. It is claiming to be.

It is known that the more selling games, such as the PlayStation 5 and Xbox Series X/S, which are currently on sale, the more they are sold. However, it is said that only the Nintendo Switch is making profits by selling game consoles alone. In addition, while Microsoft’s game console sales are in the red, software and services sales are currently generating more than $1 billion in revenue. Related information can be found here (Fortnite , Microsoft ).

Also, in this trial, it turns out that Apple has put a lot of effort into ensuring that new member registrations are not stopped within the iOS version of the Netflix app. Netflix finished registering new members on the iOS app at the end of 2018 and unified registration on the official site. In other words, through the iOS app, in-app purchases cost a fee, but avoiding this, it did not contribute to Apple’s sales.

Confidential data or a series of in-house emails filed as part of this lawsuit can provide a vivid glimpse of how Apple continued to persuade Netflix to continue to use the Apple App Store IAP, i.e., the in-app payment system. It started when Apple learned of Netflix’s plans to conduct A/B tests focused on the use of IAP systems. In this process, the contents of email exchanges made within Apple’s company were exposed.

First, Carson Oliver, director of management at the App Store, assessed that testing in Netflix affects 1.9% of in-app billing subscribers per year. He wrote that he expressed concern that the app’s user experience was deteriorating, limiting co-marketing opportunities, including featureing, in stores.

He also mentioned the miscellaneous termination issue. This means that among those paying through Apple IAP, there were more people who canceled Netflix than other platforms. It seems that Apple internally speculated that the cause of the Netflix gift card was changed through the Netflix site.

Also, according to the email, Apple executives seem to have negotiated with Netflix. For example, Eddie Q, senior vice president of services, says he wants to meet Netflix’s lead Hastings CEO in person. These meetings were talked about by Netflix refusing to integrate with the Apple TV app and the two companies realizing an interim solution to the TV app, but in the end it did not come true.

In addition, after starting a test to delete new registrations within the Netflix app, Apple has also been told to write a detailed slide presentation and persuade not to delete it. The presentation highlights a variety of data supporting the app store fee’s worth paying, and also lists reasons, such as being more distinctive than any other partner and a 6-7% increase in download achievement rates. In this context, it is highlighted that Apple was eager to hold down Netflix.

Immediately after Netflix switched to the new system, there were voices of concern that app store sales would drop. In reality, it doesn’t seem that much of an impact, but at the time, Apple itself may have been seriously worried. Related information can be found here.