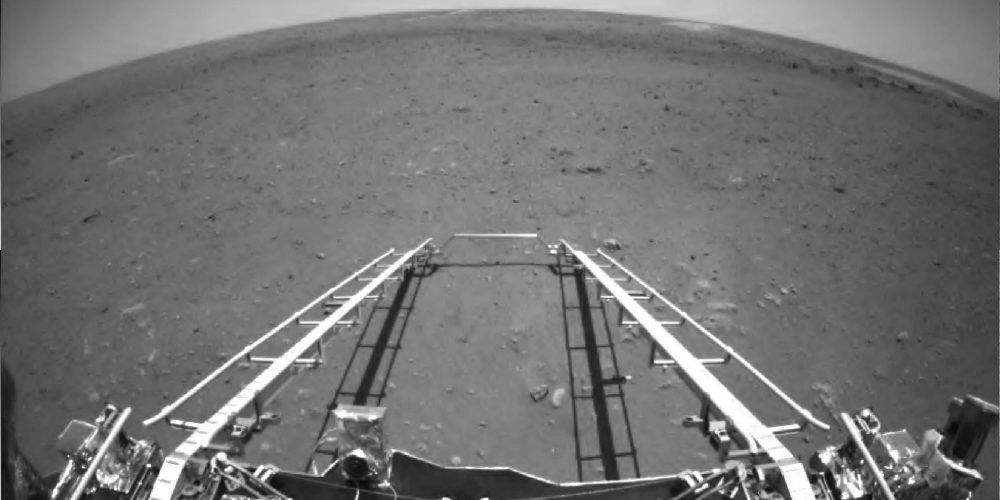 The first picture sent to Earth by a Chinese Mars probe

Mars probe Kowloon, who landed on the Chinese Mars probe Tianyuan 1, which arrived on Mars some time ago, sent the first picture to Earth. What the Chinese National Port and Heaven Bureau released through its website. Two photos were released, one in black and white using a camera placed in front of the Kowloon. The other is a color photograph, a camera attached to the back that contains the surface of Mars.

China’s National Port and Heaven Bureau also released a GIF format video showing the detachment at the time of landing. Kowloon plans to conduct various investigations using scientific equipment on the surface of Mars over the next three months. Related information can be found here.