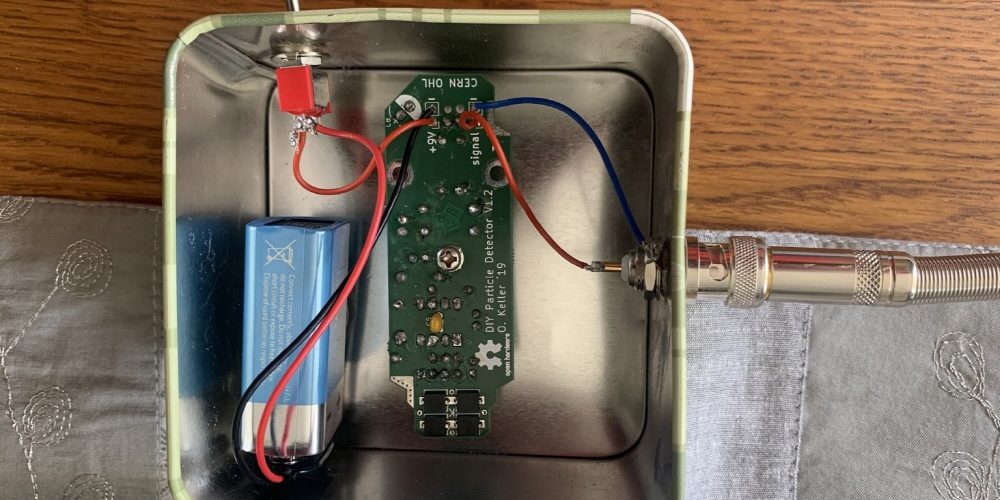 CERN, the world’s largest particle physics research facility, has made significant achievements in various fields as well as physics, such as the discovery of the Higgs particle, which is the key to explaining the structure in which mass occurs, and the development of HTTP, which is widely used on the Internet.

The published particle detectors are of two models. The board design is common, and the two models have an electron volt range of 33 keV to 8 MeV. The difference between the two models lies in the type of port diode that detects particles, and the model using the BPX61 for the port diode can detect alpha particles by removing the photodiode window. In addition, the model adopting BPW 34F can detect only electrons, but the cost of parts can be reduced that much.

It also showed a UK resident doing DIY based on the parts list and hardware design. Necessary parts are easily procured, but some parts cannot be purchased individually and can therefore cost more. All the detectors cost less than £40.

Tools used for detector DIY are nail punches and files, in addition to tools necessary for substrate work such as soldering iron, cutting pliers, wire stripper, pliers, and multimeter. Particle detection can be monitored by inputting a signal from the RF terminal to the PC microphone terminal and displaying the waveform with an oscilloscope. However, the recently released sound card recognizes the signal from the detector as noise and removes it, so it is said that the product released in 2008 (Asus EeePC 901) was used. The production period is 6 weeks. Related information can be found here.