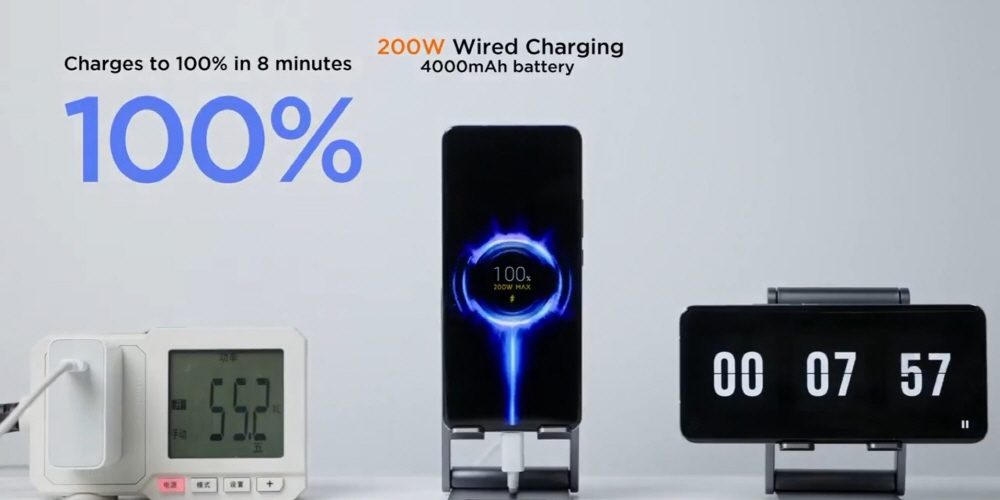 Xiaomi showed off a demonstration of Hyper Charge, a fast charging technology that can charge a smartphone by 200W wired or 120W wirelessly.

Using the Mi 11 Pro battery capacity of 4,000 mAh, which was defined to respond to fast charging, it was charged in 8 minutes via wire and 15 minutes wirelessly. Smartphone fast charging is a field in which Chinese manufacturers are competing a lot. In 2019, Xiaomi announced the Super Charge Turbo that supports 100W. As Vivo countered this, Super FlashCharge, a 120W charging standard, and Opodo 125W charging standard in 2020 were announced.

Although these technologies have not yet been adopted in products, the Oppo Find X3 Pro supports 65W charging. When it becomes 200W, of course, a charger and cable are also required, but in May, it was announced that it would support up to 240W as a new standard for USB Type-C. There are issues that need to be solved, such as heat generation during charging and battery deterioration, but the products equipped with it may appear unexpectedly quickly.