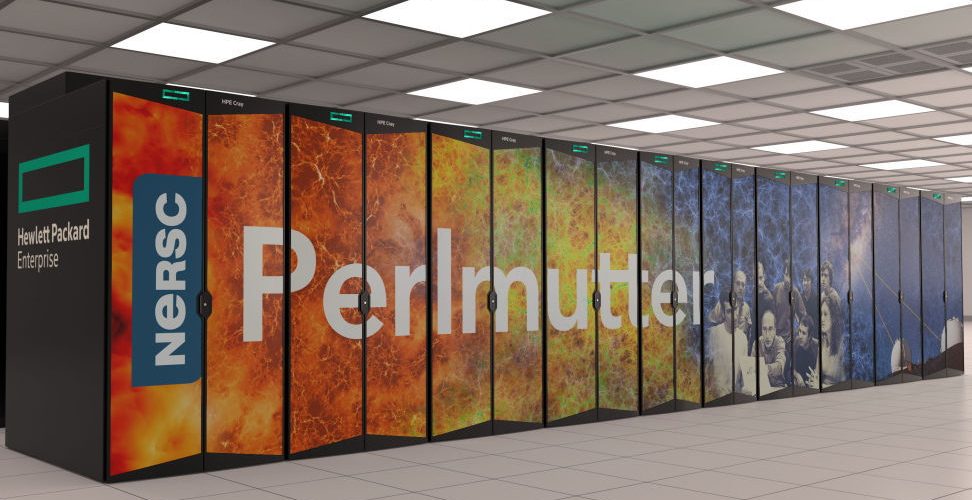 US NERSC supercomputer to take on dark energy analysis mission

On May 27 (local time), NERSC, the National Energy Research Center Science and Technology Computing Center, held a virtual unveiling ceremony for Perlmutter, a supercomputer equipped with 6,159 NVIDIA A100 GPUs for data centers. Perlmutter will implement more than 20 applications across fields such as astrophysics and climate science.

Perlmuter is equipped with 6,159 NVIDIA A100 GPUs for data centers that first adopted Ampere, the next-generation architecture announced in 2020, and 1,500 AMD EPYC 7763 CPUs for servers announced in March 2021. 60PFLOPS performance of HPC calculation using FP64 was realized. It can also achieve 2x peak performance in certain programs, such as Quantum Espresso and Berkeley. Moreover, in the second half of 2021, a CPU node consisting of only AMD Epic 7763 will be added.

Perlmutter is named after astrophysicist Saul Perlmutter, who was awarded the 2011 Nobel Prize in Physics. It will be used to interpret the dark energy of existence based on the hypothesis that it is behind the accelerated expansion of the universe. It handles DESI data processing for dark energy spectroscopy, which can image more than 5,000 galaxies in a single exposure, reducing processing time from weeks to months to days. In addition, it will run more than 20 applications across fields such as astrophysics and climate science, and will be used for simulating the entire atom of a battery in the field of materials science.

So far, NERSC has been operating Cori, a super-performance 30PFLOPS supercomputer with 2,388 Intel Xeon Haswell units and 9,688 Xeon Pi units, but Cori will continue to operate until 2022. How it will be handled after 2022 is unclear. Related information can be found here.