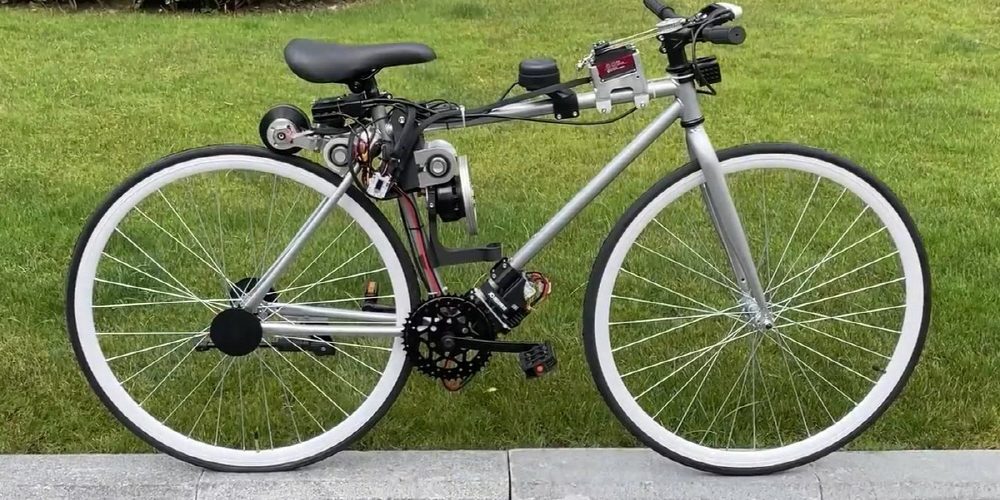 Self-driving bicycles in China that can drive completely unmanned

The reason this engineer developed the self-driving bike was when he fell while riding his bike on a rainy day and suffered a face injury. The point of self-driving cars is that the vehicle can be driven even when the driver is unmanned. In the case of self-driving bicycles, there is a problem that if the driver is unmanned, it cannot stand on its own. Since a regular car is four-wheeled, it can be fully self-reliant, but a bicycle with only two wheels maintains balance by moving the center of the body while riding it. If you are completely unmanned, you must achieve a certain speed to become independent.

It is said that the necessary parts were designed with CAD, but the computer board for autonomous driving that was stored in the rear wheel drive module was designed by a developer whose hobby is electronics. The AI processor is equipped with a Huawei Ascend 310. The AI for autonomous driving is said to have been developed in-house using Huawei’s Application Orchestration Service.

The handle is a structure that moves using a motor and wire mounted on the top tube. Balance control using the posture control module is perfect, and it is said that it can stand on its own without any problems in a fence that is only a few centimeters tall. The posture control module can also be fixed to the top tube, and the front wheel can be lifted to maintain balance on a unicycle.

In the self-driving test, the bicycle runs slowly but without problems. It recognizes the traffic sign drawn on the lane and drives in the right turn lane when turning right. Because the camera recognizes the object in front, it automatically removes the course and drives while recognizing obstacles or stopped vehicles in the distance. LiDAR can recognize the surrounding walls, so the bike can navigate narrow corridors well.

The developer named the bicycle autonomous driving system XUAN (Extremely Unnatural Auto-Navigation), and the source code is being released on GitHub. Related information can be found here.