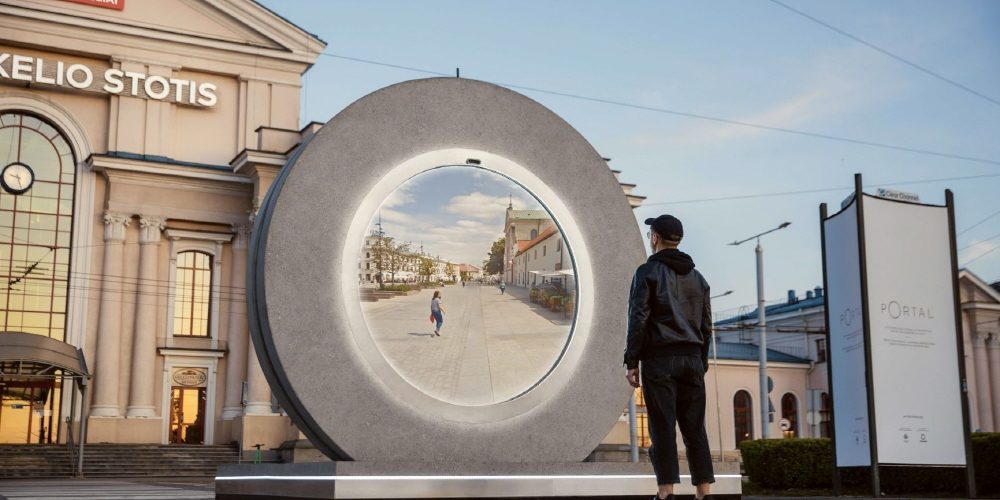 A portal connecting cities 400 km away?

A portal was installed connecting Vilnius Station Square, the capital of Lithuania, and Lublin, a neighboring country, the Polish city.

The distance between the two cities is 400 km. Of course, it is not possible to move such a distance in an instant, but it is the appearance of a stargate that looks like a teleportation video and a magic window or a transmission device that appears in the game.

According to a project team made up of two city authorities and Vilnius Gediminas University of Technology, this portal is to show two cities with different cultures and languages in real time. It is said that it is a device to create an opportunity to experience and think about a world without the thought that they are different from us, the psychology of downplaying people and reality, or boundaries.

The huge two-way web camera installed has no other function than a real-time view of the other side through a portal connected to it in the form of a teleconference. With the number of works that can feel that the world is connected while movement and travel are restricted due to the Corona 19 virus epidemic, this portal can also become a tourist attraction. This portal does not end in Vilnius and Lublin, but a portal connecting Reykjavik, Iceland and London, England is also scheduled to be installed soon.

For reference, if it is a window that connects two places, Google also announced Project Starline, a face-to-face device that combines a stereoscopic camera, a light field display that changes images depending on the point of view, and stereophonic sound. Related information can be found here.