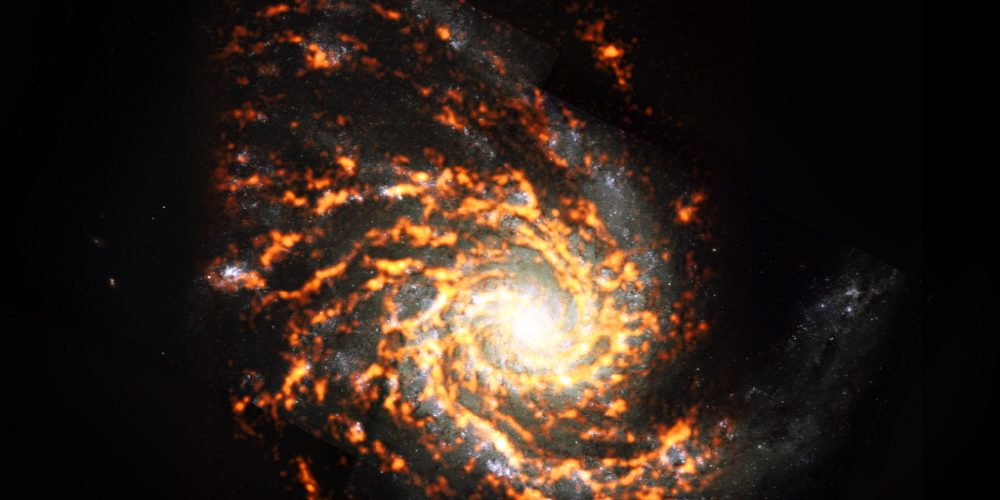 The National Radio Astronomy Observatory of the United States announced on June 8 (local time) that an astronomical team survey using the ALMA telescope revealed that not all star growth environments were the same. Until now, the star formation process was thought to be almost identical in all galaxies, but this study showed that the star formation site characteristics differed from place to place.

The observatory conducted an observation project using the Alma telescope called Physics at High Angular Resolution in Nearby GalaxieS (PHANGS) from 2013 to 2019. It is an effort to investigate its relationship to its giant parent galaxy, a systematic survey of 100,000 molecular clouds located in 90 galaxies.

The research team investigated the commonalities and differences between the galactic disk and central rod structure, the spiral structure of spiral galaxies, the molecular gas properties of the galaxy’s center, and even the process of star formation in millimeter wave images taken using the Alma telescope. As a result, it was discovered that there was a difference in the process of star formation.

This study led to an understanding of the star formation process. The research team says it can measure the conditions for star formation and its effect on star formation by observing a variety of environments. Star formation sites have been observed with the Alma Telescope in the past, but this is the first time that star-forming molecular clouds have been photographed with numerous galaxies. The team is calling PHANGS a new form of cosmic mapping. A map that creates a millimeter wave image of radio waves emitted from a molecular cloud can be called a radio map.

It was known that the star formation process differs from region to region, but it is not known how it affects the stars and planets being formed. Related information can be found here.