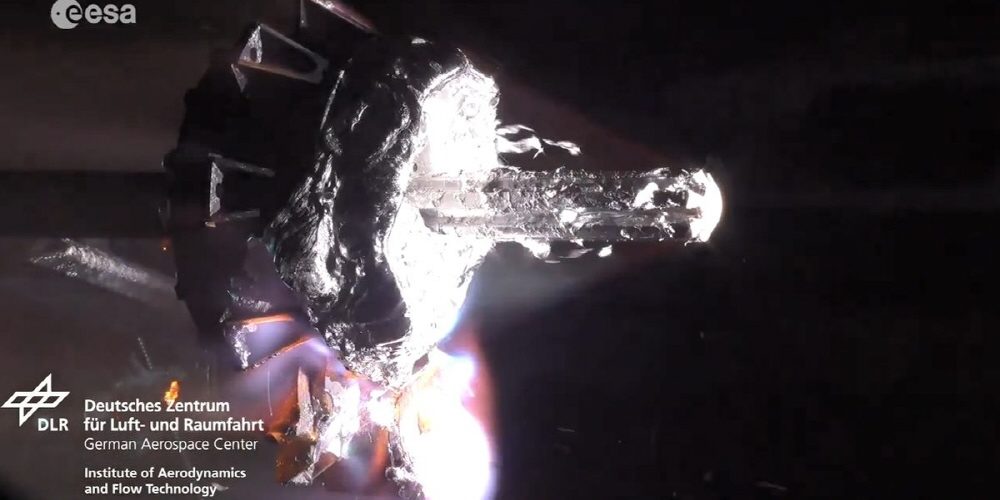 Ordinarily, satellites that have completed their role are either guided to grave orbit without colliding with the satellites in use, or deliberately re-entered the atmosphere and set on fire, and then dropped into an uninhabited sea for disposal. However, since the control satellite can sometimes fall to the Earth, the European Space Agency’s ESA research team is said to be developing a part that can be completely burned even if the satellite that has become out of control falls to Earth.

When a satellite or spacecraft re-enters the atmosphere, the meat in the front is crushed at high speed, so it hits molecules in the air, creating adiabatic compression and making it hot. Therefore, when the spacecraft adjusts the angle and speed due to high temperature and re-enters the satellite, which has completed the role of preventing the maximum temperature rise, it intentionally plunges into a deep angle and burns it before falling to the ground. Even if the components remain, it is required to drop them to a place where human damage is unlikely, such as in the middle of the sea.

However, sometimes the satellite falls out of control, and when it re-enters, there is a possibility that it will fall to a place where human damage may occur without burning all parts due to heat. According to the ESA, satellite or spacecraft operators must reduce the risk of personal injury to less than 1 in 10,000 when an aircraft falls out of control, and engineers do their best to ensure that every falling component burns out.

Among the satellites, the one that is known to be particularly difficult to burn is a part called the solar cell array drive SADM that controls the angle of the solar panel that supplies power to the satellite. SADM is a component necessary for satellites to operate in outer space, but the use of materials such as steel and titanium for their volume makes it difficult to dismantle the satellite.

Therefore, ESA collaborated with KDA, a Norwegian military company, HyperchallTechnologieGöttingenGmbH (HTG), a German software company, and the German Aerospace Center DLR to develop a SADM that burns properly when re-entering the atmosphere.

First, the research team developed SCARAB, a modeling software that allows you to know the situation when re-entering the atmosphere, and adjusted the SADM to various conditions to investigate how to re-enter the atmosphere and burn quickly. As a result, it turned out that replacing one screw with aluminum with a lower melting point would promote decay at higher altitudes and burn before reaching the surface.

Next, the research team made a SADM model using aluminum screws. We used the DLR-owned LK3 plasma wind tunnel to reproduce the situation when re-entering the atmosphere and investigate whether the SADM actually burned. As a result, it is said that in this experiment, results consistent with the SCARAB simulation test results were obtained. Related information can be found here.