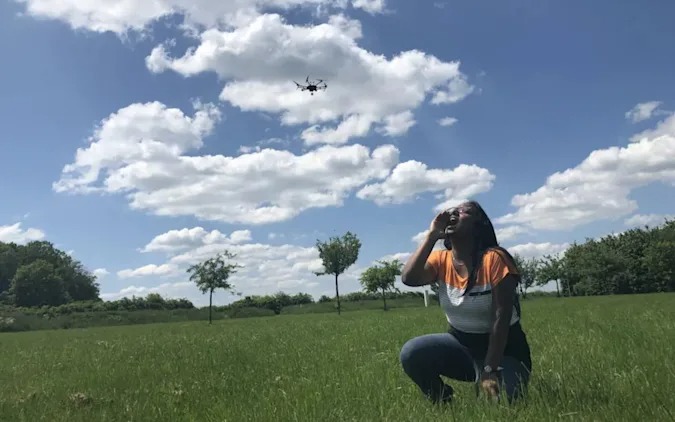 Drone technology that can hear screams and find people

A team of researchers from the Fraunhofer FKIE Institute has developed an unmanned aerial vehicle that can position a screaming human. In the event of a natural disaster, the drone has the ability to detect and pinpoint voices calling for help from survivors, enabling them to cover a wider area faster than disaster relief teams and rescue dogs.

In order to train the AI onboard the drone, the research team recorded sound samples such as screaming, calling for help, or even tapping something to indicate where they were located without being able to speak, and implanted them into the AI algorithm. In addition, AI is equipped with an ultra-small digital microphone array, such as those mounted on smartphones and hearing aids, by adjusting to remove unnecessary sounds such as the drone’s own rotor sound.

The microphone signal processing technology mounted on the bottom of the drone tracks from which direction the human sound is coming from. It has already succeeded in an outdoor field experiment assuming an actual site, and it can detect the sound and confirm the location within a few seconds.

The research team plans to expand the range of sound detection by processing more voice signals using a microphone that can detect higher frequencies as a development goal. It is not yet known when this technology will leave the research field and become practical. The research team is in the process of patenting a technology that tracks the sound sensed by a microphone array, while on the other hand, it continues to experiment and develop prototypes.

[Video: Field experiment using the MEMS system mounted on the drone to hear inpulsive sounds produced by a potential victim.mp4]

There are already examples of the introduction of unmanned aerial vehicles at disaster sites. For example, it is used to investigate the collapse of a building to understand the initial situation, and an infrared camera detects the body temperature of a survivor. Related information can be found here.