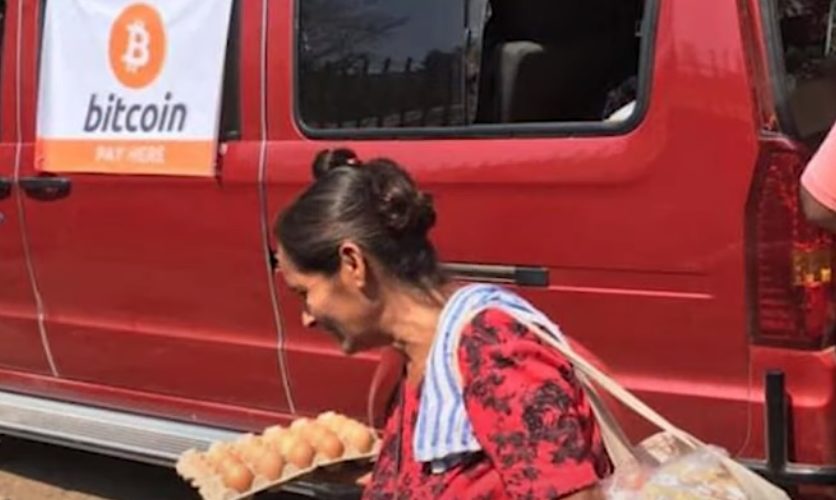 An entire fishing village into the Bitcoin economy? bitcoin beach

El Salvador, located in Central America, passed a bill making Bitcoin a fiat currency in Congress in June 2021, making it the first country in the world to adopt Bitcoin as its official currency. It is said that a small fishing village with a population of 3,000 located on the beach in El Salvador will be transformed into a Bitcoin Beach that runs the economy with Bitcoin.

Located on the Pacific coast of El Salvador, El Zonte is a 3,000-person town famous for surfing and fishing. According to reports, El Zonte is a rural area where most of the residents are poor, the roads are unpaved and there is no sewage maintenance. The change in El Zonte was triggered by an anonymous investor living in the United States who donated a large amount of Bitcoin to a local organization in El Zonte in 2019. In order to revive the local economy, Elzonte, who suddenly got bitcoin, started Bitcoin Beach, a project to distribute bitcoin payment apps to residents and to settle bitcoin in the village.

An anonymous investor made a donation to conduct a social experiment in El Zonte, citing the fact that the economy of El Salvador, which officially uses US dollars after giving up its legal currency, and that most residents of El Zonte do not have an existing payment system such as a credit card. In fact, Chris Hunter, founder of Galoy Money, who developed the Bitcoin Beach Wallet, an El Zote Bitcoin payment app, commissioned by the village, even said that El Zonte is a Bitcoin testing ground.

Bitcoin Beach started in 2019, but there was no reaction at first. One key member of the project said that when he first heard of the project, he thought it was unbelievable. However, an anonymous California-based donor said that when he heard the idea of building a local Bitcoin economy, he felt he could hopefully put everyone in town from the poorest to the rich on the same starting line and change Elzonte.

Accordingly, Bitcoin gradually expanded to the village by paying teenagers with low technical resistance to clean the shore or introducing Bitcoin payment when bargaining at local stores. The key to the spread of Bitcoin in Elzonte was the COVID-19 infection discovered at the end of 2019. As the existing economic system that supported the village collapsed due to the impact of Corona 19, each household in the village started sending $35 worth of bitcoins each month.

After a year and a half from the start of Bitcoin Beach, 90% of village households started using Bitcoin, and more than 40 businesses in the village accepted Bitcoin payments, and Bitcoin spread rapidly throughout the village. Bitcoin Beach Walnut, which residents use to pay with Bitcoin, tells which stores can accept Bitcoin payments in dollars and Bitcoin prices. In addition, regardless of whether Bitcoin payment is supported or not, the village price display is all in dollars, and even if the Bitcoin price fluctuates, a cup of cappuccino is always $3.5. Therefore, it is said that Bitcoin functions as a proxy currency rather than a currency.

Although Bitcoin has quickly penetrated village life, it has not changed the lives of villagers. In the village, the shop owner says that Bitcoin accounts for only a small percentage of sales. In addition, 85% of the residents have a smartphone, but most live in small houses with tin roofs and soil.

Of course, some people feel the benefits. A construction manager said that it took an hour to go to a nearby bank and half a day a month to pay an employee’s salary, and now pays his salary in Bitcoin. One employee at the company also revealed that he once treated teeth with bitcoin and is now collecting bitcoins to buy cattle.

Bitcoin Beach, an experimental project, has had some success, but a village with a population of 3,000 and a country with a different size. It is still unknown whether El Salvarod will succeed in introducing Bitcoin. Although El Zonte is a relatively popular region, the overall Internet penetration rate in El Salvador is only 45%. Another problem is that Bitcoin is always exposed to downside risks because its price fluctuates greatly. Related information can be found here.