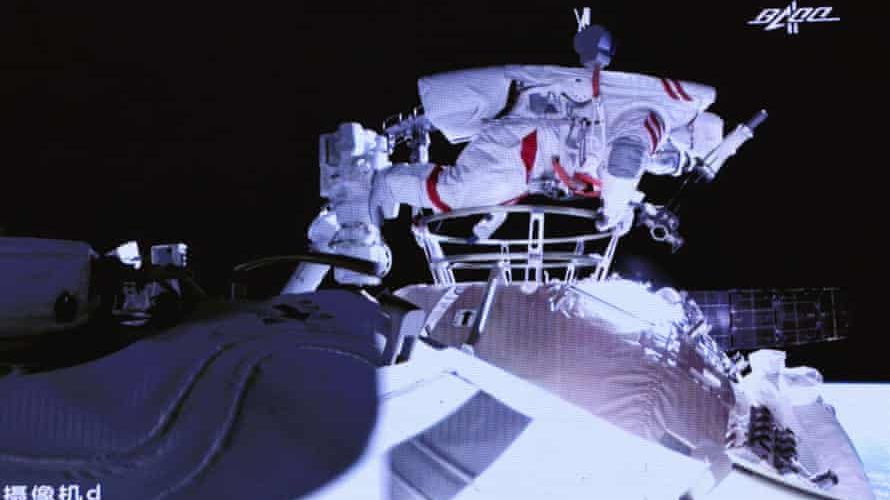 First, astronaut Liu Boming (劉伯明), who went to space for the second time this time, went out first, and astronaut Tang Hongbo (湯洪波), who performed the first space activity three hours later, joined and installed a 10m robot arm. Nye Haisheng (聶海勝), the captain of the ship’s hull 12, was responsible for commanding and supporting the two men in the ship. It is said that astronaut Liu Boming completed all the work in 7 hours after he came out.

Chinese astronauts conducted their first EVA in September 2008. CNSA, a Chinese space agency, successfully landed a probe on Mars last year and retrieved lunar samples, and is making rapid progress in space. In addition, the crew of the Shenzhou 12 is scheduled to return to the ground within this year, but plan to do EVA again in the meantime.

China, which did not participate in the International Space Station ISS program for political reasons, was currently operating two prototypes of the Tengong 1 and Tengong 2 before the Tengong space station. CNSA said that at this time, Ten Gong has no plans to welcome foreign astronauts, but said that in the next few years, the new space station will welcome foreign astronauts.

Meanwhile, Russia, which has made a significant contribution to the ISS program for a long time, such as in charge of transporting goods and personnel, is leaving, and Russia is planning to build its own space station by 2030. Related information can be found here.